Excessive government expenditure has brought the country to its knees and collapsed public services at a time when the same government wastes millions to strengthen its dysfunctional politics, Chief Nhlanhlayamangwe Felix Ndiweni has said.

The Ntabazinduna chief condemned how private opulence by government officials caused self-indulgence, greed and public poverty resulting in the ruling party facing the wrath of the citizenry.

“It is clear that the terrible times will continue, for us all in the country, for the foreseeable future,” predicted Chief Ndiweni.

The outspoken chief said Zimbabwe was economically broken and politically unstable witnessed by the hardships faced by people.

Chief Ndiweni cited examples of how the government wasted funds to entertain its dysfunctional system.

The maverick noted that the government’s purchase of hundreds of twin cab vehicles for its own party use was even cited by election observers as a cause for concern under political party spending.

“We hear talk of sanctions but do sanctions allow children of the leadership to purchase top of the range sports cars costing tens of thousands of pounds. This very administration allowed this to occur. Sports cars flown in cargo airplanes from Harare to Bulawayo. This amounts to pure Hollywood, in the midst of abject poverty.

“Is it sanctions that allow high ranking members of this administration to hoard millions of USD in suitcases in their homes, where their children carry suitcases full of millions of USD to South Africa by road? This is hard cash and this administration allowed this. We all read the stories in the press yet astonishingly there were never any arrests and the rich children were allowed to proceed on their parents errands,” the chief noted.

Chief Ndiweni quizzed how sanctions could be blamed for the government’s high expenditure costs that added strain on a struggling populace.

“We have seen high ranking party officials flown abroad for expensive medical treatment on a regular basis? Current president, Emmerson Mnangagwa, both vice presidents and the late president Robert Mugabe all benefitted from this exclusive package. Whilst the country’s health service is in absolute tatters and has failed. Doctors have lost 1 500 percent in spending from their wages. Nurses are living hand to mouth. Hospital infrastructures are dilapidated. Medical equipment is vintage and non-functional,” he cited.

He noted that this administration corruptly insisted that all normal trading be done with the “wretched” bond note but at the same time was forcing people to be criminals.

“Everyone with the USD or Rand is forced to change these on the black markets on the streets into Bond notes. We are forced to become criminals. This very administration takes and keeps the real money and gives us worthless piece of paper called a bond note – toilet paper that no other country in the whole world accepts or wants. Yes, we have been cheated, shafted and defrauded and this will continue,” the chief said.

Chief Ndiweni argued that without accountability and transparency, the country would continue on its path of self-destruction.

“You hear talk of sanctions and ask it that allowed over US$15 billion worth of diamonds to simply disappear in the international arena. This very administration has done this and of concern, has not even tried to deny it. We now have continuous power cuts. Dark city is the norm. Come evening, every town and city is covered in a haze of smoke as residents light cooking fires,” he said, adding that blaming sanction was unbecoming.

“Other nations such as Iran have far greater international targeted sanctions upon them yet their economies are performing far better than ours. Why? Could it be that our levels of corruption and political patronage in the administration are higher than theirs.” 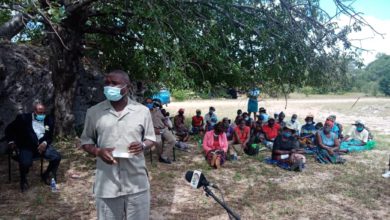 Dinde villagers refuse to make way for Chinese mine 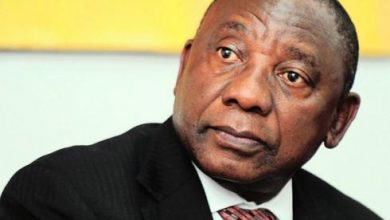