Following the recent spike in Covid-19 cases in the country, the government, which was now warming up to the resumption of inter-city travel, on Tuesday made a u-turn, with President Emmerson Mnangagwa saying it remained banned.

When President Mnangagwa placed Zimbabwe under the initial 21-day national lockdown, as part of measures to curb the spread of Covid-19, on March 30, he also suspended transport operations by other players save for Zimbabwe United Passengers Company (ZUPCO).

However, addressing the nation Tuesday President Mnangagwa who tightened lockdown measures said the new measures “will entail curtailing the freedoms we have always enjoyed” as it is the duty of the government “to preserve and protect the right to life”.

“All approved buses and vehicles for public transport should ensure and enforce public health standards, including the screening of passengers before boarding, and the disinfecting of all public vehicles after each round trip.”

Stakeholders had earlier criticised the government monopoly on planned lockdown intercity transport, which they feel should also be opened to private players, with evidence on the ground showing that the state-run ZUPCO buses and kombis are already failing to meet intra-city transport demands.

“I think it’s a short sighted stance that lacks any practical approach to the reality of the everyday Zimbabwean life,” said Sipho Nyoni, a social commentator.

“ZUPCO is simply failing to service the ever growing population as evidenced by the very long queues seen every day at ZUPCO termini. It just doesn’t have the capacity to deliver efficient transportation to the masses.”

He added: “One has to wait in a queue on average for an hour to two hours before they can catch a bus, so really its efficiency is questionable. One wonders where such decisions come from or how they are arrived at usually.”

In planning to open up intercity travel, the government had said it would be responding to the growing need for that service.

“Government shall have the sole responsibility for inter-city travel for those that really require travelling especially to seek medical attention,” said Information Publicity and Broadcasting Services Minister, Monica Mutsvangwa, during a post cabinet briefing two weeks ago. 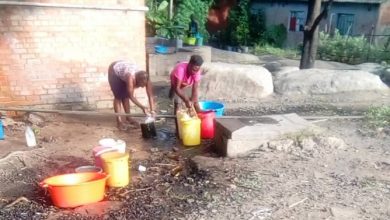