The Centre for Natural Resource Governance (CNRG) has hailed the decision taken by to government to ban all mining activities in areas held by the country’s national parks.

Following an urgent chamber application filed at the High Court by Zimbabwe Environmental Law Association (ZELA) challenging the decision to grant concessions to Afrochine Energy and the Zimbabwe Zhongxin Coal Mining Group inside the Hwange National Park, the government was Tuesday left with no other option but to reverse its decision.

The government also suffered a huge backlash via social media over the development, as natural resources and wildlife conservationists questioned the logic behind the decision.

CNRG communications officer, Simiso Mlevu, told CITE mining within national parks was detrimental to wildlife conservation and posed an ecological disaster which would obliterate tourism in the country.

She said tempering with the Hwange National Park, home to over 45 000 elephants, and its environs would result in the loss of tourists and a surge in human-wildlife conflicts.

“We consider the ban a step in the right direction,” she said.

“Hwange National Park is a unique and an important enclave in the Kavango-Zambezi Trans frontier Conservation Area (KAZA TFCA). The park is home to more than 45 thousand elephants and all other animals which make up the big five that continue to attract tourists into Zimbabwe. Communities sharing borders with conservation areas are already bearing the brunt of human wildlife conflict as animals move away from the parks due to a number of human factors.”

Mlevu said mining in that area was going to adversely impact on the management of wildlife even in the neighbouring countries.

“Mining activities within Hwange National Park (Sinamatela) were going to have an inevitable impact on the Hwange-Chobe-Kazuma Wildlife Dispersal Area,” said Mlevu. “Sinamatela is at the heart of the wildlife dispersal area linking Hwange (Zimbabwe) and Chobe National Park (Botswana) where stakeholders are implementing cross border conservation programmes with four other countries, Botswana, Namibia, Zambia and Angola. It must be stressed that no tourist would visit Zimbabwe to check on the production capacity of a mine but they are attracted by wildlife.”

Mlevu urged the government to facilitate the complete halting of mining activities in the area. “CNRG has established that there are more companies holding mining titles in the national parks,” she said.

“These include Zimbabwe Mining Development Corporation in Hwange National Park –Sinamatela area, Zimbabwe Diamond Mining Company and Rusununguko Pvt Limited in Chimanimani National Park, Lagerty Investments in Chizarira National Park. There is also a yet to be ascertained company that is already mining gold at Umfurudzi Park.”

Mlevu expressed fears some mining companies applying to mine in national parks could be organised crime syndicates seeking to abuse mining licences in order to conduct poaching.

“The decision to ban all mining activities in national parks will go a long way in restoring confidence in Zimbabwe’s tourism and wildlife sector,” said Mlevu.

“CNRG continues to monitor developments in the sector closely. The current generation has the responsibility to preserve and conserve natural resources for generational sustenance,” Mlevu said. 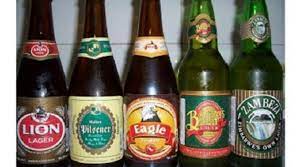