Transport operators, who have been out of business since March, have implored the government to lift the ban on privately-owned commuter omnibuses to ease their plight and transport challenges.

Zimbabwe United Passenger Company (ZUPCO) was given the mandate to ferry the commuting public.

The ban left the operators in a lurch as they are struggling to make ends meet.

In an interview with CITE, Tshova Mubaiwa Transport Co-operative Company chairman of the board of directors, Atlas Moyo, said the association has since engaged Vice president Kembo Mohadi to discuss the matter.

Mpikelelo Ngangezwe Khumalo, chairperson of Expricoss Transport Association said they reached out to Minister of Small to Medium Enterprises, Sithembiso Nyoni to intervene by linking them to other business sectors which require transport services regularly.

“We realise that most business sectors are now open. Such industries as the tourism sector is now open. We asked Minister Nyoni to help us partner with them so that we ferry their clients when they want to move around the city. Intercity buses are also now operational. If we can at least partner with them and transport their passengers when they reach their destinations it would be better for us,” he said.

A kombi owner, Hazel Ncube, said she relied on the business to fend for her family.

“My kombi transports school children exclusively. The suspension of its services and the closure of schools has landed me on very hard times. I can hardly provide for my children now. The government needs to allow us back onto the road,” she said.

Another owner, Andile Tshuma urged the government to consider lifting the ban as thousands of people relied on the transport business for survival.

“There are vendors who sold their wares at ranks, there are rank marshals too. All these people were solely dependent on the vibrancy of the transport industry. With only ZUPCO operational, it is impossible to accommodate everyone,” Tshuma said.

“Even the commuting populace has been hugely inconvenienced. People now spend long hours in winding queues. Alternative transport providers would effectively ease the burden on people.” 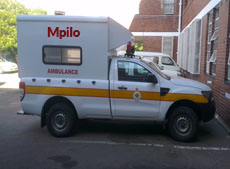 Man battling for life at Mpilo after being ‘shot’