Government has released the dates for the civil servants’ 13th cheque, with all public service sectors set to get their bonus by November 30.
Permanent Secretary In the Ministry of Finance and Economic Development, George Guvamatanga issued a statement stating that bonus payments will be made between November 28 and 30.
He reiterated this year’s bonus will be solely based on the basic salary, excluding housing and transport allowance in a bid to enhance the economy’s public funds.
“Zimbabwe national army, health sector, Zimbabwe Republic Police, Airforce of Zimbabwe and the Zimbabwe prisons and correctional services will be the first to get their bonus on November 28.
The education sector will receive theirs on November 29 followed by the rest of the service on November 30,” said Guvamombe.
“You will recall that through his 2019 National Budget, the Honourable Minister of Finance and Economic Development, re-affirmed government’s commitment to honor the 2018 3th cheque benefit payable to members of the public service,” he said.
Guvamombe added: “In the same vein, consistency with the focus on enhancing the health of our public finances, through the institution of various austerity measures, the minister advised the 13th cheque will be computed based on basic salary only which excludes the housing and transport allowance.”
Minister of Finance and Economic Development, Professor Mthuli Ncube, while presenting the 2019 National Budget in Parliament last week said all bonus payments of civil servants will be made before year end.
“Government has taken the position that bonus be payable for 2018, with commitment that these payments be processed before year end. Traditionally, payment of the cheque is computed as the sum of basic salary, housing and transport allowances,” said Prof Ncube.
Tags
13th cheque 2019 national budget Zimbabwe 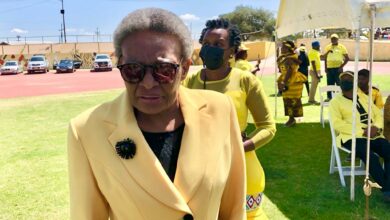