Government’s sincerity in licensing community radios has come under heavy scrutiny with observers doubting the state’s commitment to the exercise.

The powers-that-be, which are also yet to licence independent television stations cited the slow digitisation programme, as the stumbling block in opening airwaves, which according to the information ministry stands at 37 percent.

Community radio stations have been viewed in many countries across the globe as development drivers yet the country was reluctant to licence them.

This means Zimbabwe is yet to have the first ever licenced community radio, 39 years after independence.

Despite numerous pleas by both citizens and civic society organisations for the country to move with times and licence community radios, the former administration led by Robert Mugabe did not appear convinced either.

Mangwana, who was in Beitbridge at a community sensitisation meeting on community radios said the first phase would start with stations that would broadcast in the previously marginalised vernacular languages before moving to other categories.

He, however, said they would not set a deadline for the commissioning of those radio stations.

Mangwana added the Broadcasting Authority of Zimbabwe would conduct commissions of inquiry to check the eligibility of all those who applied for licences while the government would assist the respective communities with setting up of infrastructure and other logistics.

Social commentator, Michael Mdladla-Ndiweni, said was he was not convinced that community radios would be in place anytime soon.

“I think it’s quite telling that the country still has one TV station,” said Mdladla-Ndiweni.

“Surely we must be ashamed of ourselves that 39 years after political independence we still don’t have community radios. Look at Zambia, South Africa, Ghana, Mali, Tanzania to mention but just a few African countries.”

He said it was clear the government suffers from paranoia related to media pluralism.

“The failure to licence community radios is an affront on the right to access to information as enshrined in the constitution. I think associations that advocate for community radios must consider public interest litigation perhaps this will show the importance of community radios in communities,” argued Mdladla-Ndiweni.

He added, the authorities should not use lip service to pacify citizens demanding access to community radios.

Station manager for Getjenge FM, a Plumtree-based community radio initiative, said even if the government licences community radios, they would not be independent from state media.

“I think the government has indicated that it would create its own satellite national, commercial and now community radios,” said Sithole, also a former board member of the Zimbabwe Association of Community Radio Stations (ZACRAS).

“These community radios that will be set up by government would be mere extensions of ZBC, the state broadcaster. At the end of the day we will have plurality without diversity. It’s just ticking the box without genuine media reform.”

He said he would not be surprised to see existing community radio initiatives dotted around the country, operating under ZACRAS being rejected in this exercise.

Zimbabwe, currently has more than 10 community radio initiatives, which are awaiting licensing. 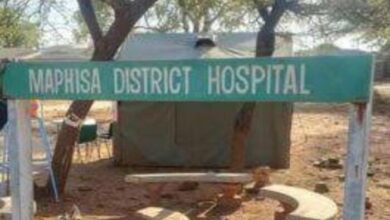