A gloomy Christmas for many, and most probably the worst since the end of the coalition government era in 2013, is beckoning in Zimbabwe.

This year’s Christmas celebrations, marking the birth of Jesus Christ, come at a time when the country’s economy is at its lowest in a decade with basic commodities beyond the reach of impoverished millions of Zimbabweans.

Zimbabwe’s troubled economy contracted by -6.5 percent in 2019 inflicting untold suffering on citizens whose income is eroded before being earned.

Civil servants are the most affected as they are struggling to put food on the table for their families at a time when the lowest paid government employee is getting only ZWL$1023 per month, an equivalent of US$49 according to Wednesday’s parallel market exchange rate.

This festive season will be the first in the country since the return to local currency in June, after a decade of the multicurrency system anchored on the United State Dollar.

Prices of basic foodstuffs such as mealie-meal and bread have recently shot to levels beyond the reach of many with the government-subsidised mealie-meal nowhere to be found.

Transport woes are also bedevilling the country with motorists spending hours queuing for fuel while the subsidised Zimbabwe United Passenger Company (ZUPCO) buses are not enough to cater for every traveller.

Bank withdrawal limits are also curtailing transactions at a time when the travelling public more cash.

To further worsen the predicament for many, a number of schools have hiked next year’s fees, giving parents stress and headaches as they prepare for the education of their children in 2020.

With the way the economy has been performing, it is also highly possible that many employees will go to Christmas before receiving their salaries with many companies and organisations underperforming.

The state of affairs in the country makes the impending Christmas holiday to be the last thing to think about for many troubled Zimbabweans.

Bulawayo resident, Paul Sixpence told CITE there would be nothing to celebrate for the ordinary Zimbabweans.

“Without doubt, it (the Christmas) will be a bleak holiday for the ordinary citizen, more so for the vulnerable civil servants and others who earn their salaries in local currency,” bemoaned Sixpence.

“Prices of almost everything are indexed in USD terms, yet local salaries are not.”

Ndumiso Ncube, another resident of Bulawayo, said people should use the Christmas holiday to reflect on their successes for the year.

“Personally, I am looking forward to a Christmas where families come together and celebrate their year`s successes and do thanksgiving in unison,” he said.

“This and the level of euphoria may, therefore, be affected by the unfavourable economic situation and eroded consumer buying power especially for the local currency earners who also do not have diaspora support.”

Ncube said spending and partying cannot be totally ruled out during the Christmas holidays.

“Some goods are price inelastic as per the price elasticity of demand theory,” he added.

“For example, I foresee the same amount of alcohol being consumed as in the previous years. However, for luxury travelling and parties, they are going to be there but not as in the prior years as people have less disposable incomes.

“With the way things are I foresee a gloomy Christmas because of the economic situation we are currently in,” said Mpofu.

“Most people are worried about school fees which have increased tremendously, so it is better to pay fees first than to be merry and when fees would have been paid there will be absolutely nothing left for families to be merry. Of course Christmas is a time for festivities but this time around I really don’t see any of that.”

She said fuel shortages, high transport fares and the limited number of the affordable ZUPCO buses would limit the number of those who would want to travel during the holidays.

She added: “But again, people always budget and do whatever they can to have a wonderful Christmas. I would not be really surprised to see parties and people drinking because everyone always keeps that last chicken, that last bottle of whiskey for Christmas Day. We will wait to see but things are not looking good economically. Only a few will truly enjoy the festivities.”

Pelandaba-Mpopoma legislator, Charles Moyo, said Zimbabweans had nothing to celebrate in as far as Christmas was concerned.

“With 99 percent unemployment rate blended with extreme poverty levels, spiralling inflation and sharp daily price increases of basic commodities there is no Christmas in Zimbabwe,” he said.

Moyo said with fuel challenges being experienced country-wide visiting relatives who are based outside the country risked being stuck upon arrival. 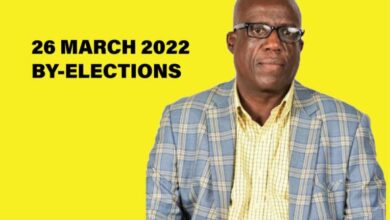