Description in one line: Our start up is a High school science lab experience in a smart phone through augmented reality technology.

The business model is actually a B2C (Business to Consumer) and B2B (Business to Business) because we offer application to students services available on the Google play store and also to schools to use in their own school laboratories. So what makes our business unique is that the Sciency App actually allows students in schools to potentially augment like thousands of 3D Science models wherever they are any time, allowing them to learn science in a  more applied manner than just reading diagrams from text books which are too dimensional.

With 3D model it allows them to actually  have a better visualised way of understanding abstract science phenomena and what make it also unique is that all the science models can be uniquely  projected from the App and saving for storage like you know Science Labs have a capacity  of what models, which can distort but with science models it means  we can store thousand of models without worrying about capacity which can be downloaded also to be  offline

What is your greatest achievement to date?

Phenomenon Technologies has won quite a number of awards. Firstly, the African Union top ten education innovations in 2018 but what we consider as our best  achievement is being the first Zimbabwean start-up to actually enter the Google for start-ups Accelerator joining an alumni of startups like Pace steak which just got acquired for US$200 million and other start-ups across the continent which have big names, so we  became the first start-up in Zimbabwe last year to actually get into that accelerator.

What is your business trade?

Our first funding path was winning the African Union award which came with grant money in 2018. In that time, we were actually working on what we call FundoVR before it pivoted into what is now called Sciency.  FundoVR was more based on virtual reality while Sciency is based on augmented realities, we had to pivot to augmented realities so as to be able to actually scale the application without the hustle of VR headsets. After we launched Sciency this year, we then raised an equity crowd fund for us to actually  produce  the application into the market, so those are the two funding paths we have had.

What has made the biggest difference to your start-up?

Being in the Google Accelerator, that was a big opportunity for us because that was like actually an equity free investment and we got to shape the direction of our start-up in a way that could enable potential skill and actually product usage according to what our customers want.

Where would you like your business venture to be in three years?

Sciency App used as the standard  across schools in the SADC region for augmenting 3D science models because basically it reduces the cost of  Science resources that would be US$100 000 into a US$50 experience where they can still get the same experience but in augmented reality, so we see it as a standard tool across the region and our goal is to impact over 1 million students with applied science education in the next 5-10 years.

What is the hardest thing you have ever done as a start-up?

The hardest thing as a start-up is probably during the period of June to August last year when we stopped offering our services due to inflation and there was no revenue, we had to dismiss some of our employees, so I think that was the hardest time. From September to October thus where we started working on the pivot of the Sciency App so as to actually offer the service without needing to travel to schools relying on that only but having anyone in the World be able to access the platform.

What has been your biggest business mistake?

Not offering our initial product FundoVR into the market as fast as we could, we kept on trying to perfect it and that delayed us in getting actual feedback that would help us to really develop a product which actually the schools and students wanted. That was our first initial mistake in the early stages of starting up which cost us a lot.

What is the most common serious mistake you see entrepreneurs make?

The  most common mistake is the same mistake which we made where start-ups don’t develop a minimal viable product that they release to market soon as they can  so as to get actual feedback, so I think thus a mistake that a lot of start-ups commonly do because it delays them getting the feedback from people as soon as they can so that they are able to build a product which truly has a market value.

What is the single most important piece of advice you would offer to a less experienced entrepreneur?

Mnangagwa hits out at critics, labels them ‘terrorists’ 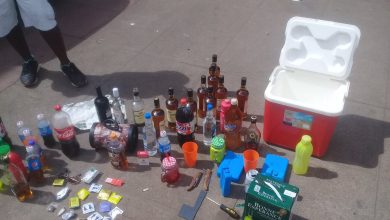 ‘Youths must be included in the fight against Vuzu Parties’