The fuel supply situation has improved in Bulawayo with the long winding queues of vehicles at fueling stations a rare sight.

A survey conducted by CITE showed that most fueling stations had supplies with short fast moving queues.

The public transport system has also improved with most operators spending most of their times serving their routes.

Fuel attendants confirmed that fuel supplies have improved in the last few weeks.

Some motorists were forced to sleep in fuel queues due to the crippling shortages experienced last month.

“We have enough supplies and there is no longer panic buying from motorists, unlike last week where we experienced long queues,” said James Daura, a supervisor at one of the Flo garages.

“It is great that the situation has normalized because black market traders had taken advantage of what was going on and were causing confusion as most were buying in bulk only to sell fuel at a higher cost.”

A supervisor at a Puma garage who spoke on condition of anonymity as he was not authorised to speak to the media said they have received more fuel supplies in the past few weeks.

“We are receiving more fuel supplies as compared to what we used to get and the deliveries are coming within a day which is quicker than before,” he said.

Total garage supervisor, Mr Ncube said despite the ease on the fuel shortages, they are receiving less fuel compared to the supplies they used to receive at the height of the shortages.

“We are not getting what we used to as only 6000 litres is delivered even if we order 18 000 litres which was what we used to order before, the quantity does not last us a day, as we speak we have no petrol because what we had ordered is finished,” said Ncube.

A motorist, Zenzo Siziba of Magwegwe North suburb, said he was relieved that fuel supplies in the city had improved.

“It was stressing spending our productive time queuing for fuel instead of working. I hope the situation will remain stable especially during the festive season which is around the corner,” said Siziba. 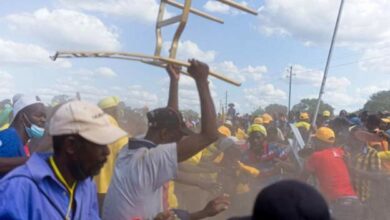