Freedom Alliance party has said the government’s proposed free primary education will not address structural inequalities that already exist in Zimbabwe because it is premised on a “wrong and false analysis of the problem.”

“Well, it might look as self-contradictory that as Freedom Alliance we have called for universal access to basic education and now I may appear opposed to it,” leader of the new political party, Dr Samukele Hadebe told CITE.

“It is important to understand the basis and motivation behind our call for such and the justification given by the government of Zimbabwe. The government is premising its policy on a wrong and false analysis of the problem. We premise the call on abject poverty by the majority of families who cannot afford a decent meal or clean water or basic healthcare and hence basic education has been rendered inaccessible.”

He said conditions hindering access to education, especially the Matabeleland region are not natural but human engineered by poor policies and corruption by the ZANU-PF government.

“The so-called phased free primary education, even if it were to be fully implemented, which we all know the regime has no capacity, will not address the structural inequalities in a society where ZANU-PF has created a caste society with those monopolising access to economic opportunities and the majority of us without jobs,” he said.

“We are deeply concerned about the prevalence of school dropouts and the massive failure rate which the government is not telling us what is the cause and how it has been all along addressing the problems but we hear this electioneering and vote buying gimmick that is insensitive to the prevailing conditions in the schools, particularly in rural ones.”

Dr Hadebe said the implementation of free primary education was likely to face a number of challenges.

“The first challenge is from the government itself,” said Dr Hadebe.

“It is common knowledge that this ZANU-PF government is fond of policy pronouncements that it has neither capacity nor political will to implement. Many policy documents have either been implemented half-heartedly, late or even abandoned midway. Why would anyone think this pronouncement by President Mnangagwa would be any different?”

He explained further: “The second challenge is that the government is avoiding the real problem of abject poverty by many households and seeks to please the poor by pronouncing what it cannot deliver. School fees are just one amongst many ingredients that are needed for effective and quality education, for example; school infrastructure like classrooms, libraries, learning and teaching materials, qualified and well-remunerated teachers and support staff, and many such things. What is taught is equally important. This day-dreaming of electricity and connectivity to schools cannot be taken seriously coming from a government that has reduced our education to this sorry state through misplaced priorities and grand corruption.”

Dr Hadebe added that education is merely a superstructure and Zimbabwe needs to address political-economic fundamentals before moving universal access to basic services including primary education.

“I do not see the ZANU-PF government capable or let alone willing to do that which will benefit all citizens,” he said.

“If it distributes food aid on partisan grounds, how do we expect it to afford access to education to all?” 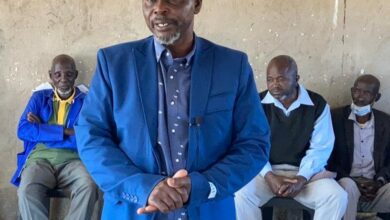