A 53-year-old Bulawayo man has been sentenced to four years in prison after he was convicted of ten counts of fraud.

Mathias Mutenhabundo of Emsizini Flats in Makokoba suburb who was employed as a salesperson at Creative Credits would dupe clients of electronic gadgets they would have purchased.

Mutenhabundo, the court learnt, was already serving five years after he was convicted of similar offences.

According to the State, Mutenhabundo prejudiced the organisation and its clients a total of $6 873,22.

Bulawayo provincial magistrate Tinashe Tashaya chided Mutenhabundo for his conduct, citing his conduct had created a bad image for the company.

“Your conduct has impacted badly on the company. You have cost it money and clientele. The company has lost a lot of money restituting the people you duped,” he said.

“All 10 counts shall be treated as one. You are sentenced to 48 months imprisonment. 12 months will be suspended on condition that you restitute an amount of $6 873,22. 36 months are effective. The sentence will run concurrently with the one you are presently serving,” said Tashaya.

Memory Matare, the state representative, explained to the court how Mutenhabundo would repeatedly use his modus operandi to dupe clients of their money through converting clients’ gadgets to his own use.

Matare told the court Mutenhabundo would mainly target clients based outside Bulawayo.

“On July 5, 2017, he went to Lusulu Veterinary Services where he sold a cellphone and a Tab to Jane Tshuma. He took the gadgets from the organisation purporting to give them to Tshuma but he only gave her the cellphone. He converted the Tab, valued at $266.33 to his own use,” said Matare.

“In February, at Nkayi hospital, he sold Sindiso Nhliziyo a cellphone worth $240. The cellphone developed a fault and as per the organisation’s guarantee, Mutenhabundo took it to the company’s workshop for repairs. He never returned the cell phone after it had been fixed,” she said.

In the month of June Mutenhabundo duped Thilisile Bhebhe from Makwa Primary School in Hwange of a 2-plate stove and a 3KG gas cylinder worth $232.67.

He further prejudiced Brenda Mpilo at Nkayi Hospital of a laptop and a lamp valued at $1184.48 in the same month.

The court heard again in June Mutenhabundo sold a cellphone and refrigerator to Talent Mahlangu but only delivered the fridge. He never gave him the $539.36-worth cellphone he bought.

“On July 12, he defrauded Mercy Mfecane of ZRP Hwange a stove valued at 232.67. He took a cellphone he had sold to Mxolisi Mlalazi for repair as per company warranty but never returned it. It was valued at $319,” said Matare.

She added: “In November he took a tablet worth $1453.56 for repair from a client but did not return it. In December 2018 he sold a Huawei cellphone worth $914 but never delivered it although he had collected it from the company.

“In January this year, he defrauded Lively Sibanda of a bicycle and cell phone he had sold to him. He never delivered any of the gadgets which were jointly valued at $2791.15.” 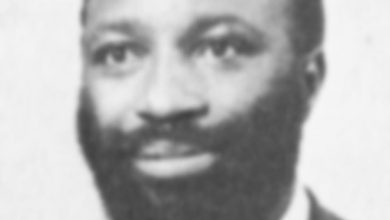 Potential surge of Covid-19 cases in Africa: WHO