Victoria Falls Mayor Councillor Somveli Dhlamini will spend the weekend in remand prison in Hwange after a magistrate deferred bail ruling to Monday.

Dlamini (53) was arrested by the Zimbabwe Anti-Corruption Commission (ZACC) on Thursday in Victoria Falls on allegations of fraud and failing to declare interest to an authority.

This was after he allegedly misrepresented to the council and applied for a stand using the name of a resident knowing he was not eligible since he had benefitted before.

ZACC, which visited Victoria Falls City to investigate allegations of corruption against Town Clerk Ronnie Dube, unearthed the alleged scandal involving a stand valued at over US$90 000.

The magistrate remanded him in custody until Monday when bail ruling will be made.

“In that on the 15th of August 2022 and at Victoria Falls City Council offices the accused Somveli Dhlamini who is the mayor of the city council and in his capacity as such unlawfully and intentionally made a misrepresentation and purported to be Valentine Munyaradzi Maseko who he had earlier on in 2003 purchased a stand 1139 from by making an application using the name Valentine Munyaradzi Maseko to Victoria Falls City Council under the Wood Road Housing Scheme upon which the council offered him stand number 1771 Wood Road which needed a deposit of US$25 000.”

Dhlamini paid US$10 000 and the balance was supposed to be paid within five days which he failed to do.
He then paid $7 500 000.
Charges emanate from the fact that Dhlamini misrepresented himself as Maseko and defrauded the city despite a council resolution of ordinary full council meeting number 4 of 2020 which stipulated that applicants must not have benefitted before through allocation, purchase or lost stands through repossession within Victoria Falls City.

Dhlamini caused the council US$15 000 actual prejudice and a potential prejudice of US$66 462.75 which got him arrested by the ZACC crack unit. 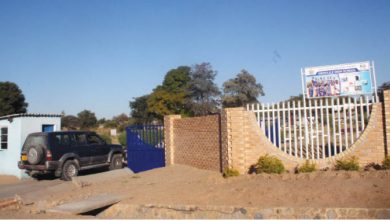