Former Bulawayo Deputy Mayor, Alderman Amen Mpofu is seriously ill and is battling a kidney ailment that has damaged both organs and left him bedridden.

While his condition has slightly improved, the former deputy mayor is still in pain and is going for kidney dialysis twice a week.

A CITE news crew visited him at his home Thursday in Saucerstown, Bulawayo and found the veteran politician resting in his bedroom.

He confirmed he had been terribly sick but was grateful that he was getting better.

“The truth is I was sick and it was painful. For one full month I was in pain,” he said.

He recalled a time when he could not make recollections of where he was.

“I didn’t even know how I ended up at Mpilo Central Hospital, as relatives were carrying a lifeless person. When I gained consciousness one evening at the hospital, I had to be told where I was,” said Alderman Mpofu.

He refuted claims that he was suffering from Covid-19 as he had tested several times.

“I don’t remember being told I have Covid-19 and that nasal test is irritating,” the former deputy mayor joked.

Alderman Mpofu, who is MDC Alliance’s Bulawayo Provincial Secretary for Local Government, revealed that he had received a call from the party leader, Nelson Chamisa who prayed for him for almost 40 minutes.

“President Chamisa called me when Thabitha Khumalo was here. He had no story but prayer. We were on the phone for almost 40 minutes. His prayer will remain etched in me as I will not forget it,” he said, praising Chamisa for humbling himself enough to check on his condition.

“Who am I to have a prayer from that man. Thabitha can confirm. He was talking to God asking God to save Alderman Mpofu.”

Alderman Mpofu said politically, Zimbabwe was in a mess.

“I am very loyal to him. The people who can make Chamisa an amazing, strong leader are not the grassroots because that connection with them will never die. But the people who are very dangerous and who make the party temporarily weak are his lieutenants and these councillors, MPs and so forth,” he said.

“If they were very loyal to him the sky is the limit because there won’t be space to invite enemies through conspiracies. Otherwise, let’s thank God for giving us such a leader. Count me as one of the cadres who will support him.”

But Alderman Mpofu refuted claims that the first lady had approached him with assistance.

“This is politics sometimes it is wrongly directed. I have never opened my mouth about the First Lady. Well, it’s not a crime really to refuse but that’s not true that I have seen her unless she used other people. In fact, I don’t recall and I’m not longing for that help. There are many people who need total help but can’t get that. Why should I squeeze there?

2019: A year of beatings and price hikes 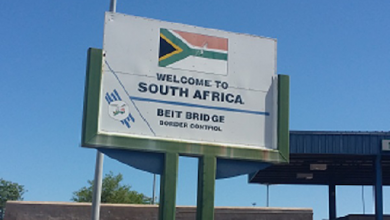 Resolving Gukurahundi should be a priority for Zimbabwe