The 122-year-old Rhodes stables in Matobo were on Sunday night gutted by fire, destroying one of the vestiges of the Cecil John Rhodes era.

The Rhodes stables are a monument and one of the oldest buildings in the country where Cecil John Rhodes used to shelter his horses.

In a statement, the Matobo Conservation Society said plans were afoot to turn the building into a tourist site.

The building was viewed as an important part of the architectural heritage of the country, being built just at the end of the nineteenth century in 1897.

“The Matobo Conservation Society is saddened to learn of the fire at this historic building and National Monument. We believe it to be one of the oldest buildings in the country and follows the destruction of Rhodes Summer House by fire some years ago,” read the statement

The society appealed to the National Museums and Monuments of Zimbabwe (NMMZ) to rehabilitate the building.

“We hope that NMMZ has the funds to restore the building as there were plans being formulated for its future use as a tourist visitor Centre,” said the conservation.

“The loss of any part of our Heritage is a setback to Zimbabwe tourism as it sends the wrong signal to the outside world,”.

The society expressed their sadness for the inadequate protection and maintenance of the place by NMMZ.

“The protection and maintenance of our National Monuments is the responsibility of the NMMZ but this presupposes adequate funding by the Government of Zimbabwe and sadly this is not the case,” the statement read.

Contacted for comment, NMMZ Regional Director Moira FitzPatrick said they were alerted of the incident and the case is under investigation.

“I was alerted of the fire that took place yesterday and the case is under police investigation so I cannot comment any further,” said FitzPatrick. 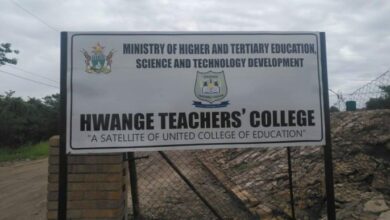