DOCTORS who reside at Mpilo General Hospital lost property worth half a million dollars when one of their residential flats caught fire Saturday, CITE can reveal.

Out of a flat of 12 apartments, eight of them on the top floor were completely destroyed by the fire, which started around 2pm.

When CITE visited the hospital, the fire fighters had managed to quell down the blaze while some hospital workers could be seen trying to retrieve their personal belongings.

In an interview, Mpilo Hospital Clinical Director, Dr Solwayo Ngwenya said the cause of the fire at the Drs Bar Flat was yet to be established and was waiting for the fire brigade to issue a statement.

“Luckily no lives were lost but we estimate the price of property that was damaged to be $500 000. We are waiting for the fire brigade to issue a statement on the cause,” Dr Ngwenya confirmed.

The Clinical Director, added that the hospital may need assistance once staff knew exactly what they needed.

“We will tell you when we know exactly what we need,” he said.

Mpilo’s Hospital’s Operations Director, Joe Charangwa also concurred that the cause of the fire was yet to be ascertained.

“For now investigations are still going and as I speak the fire brigade crew are on the ground carrying out some investigations,” he said.

However, a flat occupant who spoke on condition of anonymity suspected that an inmate could have left a stove on.

“I think someone left a stove which resulted in the fire. I understand that the fire started in one of the apartment at the flat. Some occupants lost all their property,” the source said.

Bulawayo Chief Fire officer, Richard Peterson, could not be reached for comment as his mobile phone was not reachable. 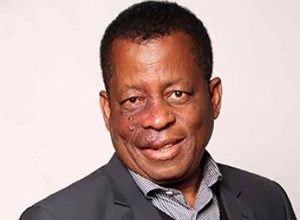