Two Bulawayo based fashion designers will this Friday host an “uMakoti” fashion exhibition show, which is meant to showcase their African bridal wear collection.

The exhibition, titled uMakoti the Royal Bride Exhibition 2018 is a Contemporary African Couture, which they say is the first of its kind in the country, will be held at the Bulawayo Art Gallery.

In an interview with CITE, Nkanyeziyethu Malunga, one of the designers and organisers of the event said this exhibition which is a collaboration with her colleague Nomakhosazana Ncube through their different experiences with fashion, will bring out distinctive African couture.

“UNkaZana collection is a fusion of parts of our names, we want to touch on different aspects of womanhood and spark conversation through the exhibition,” she said.

The designer also said the aim of the event is to celebrate Zimbabwe women and make them feel good about who they are.

“We are redefining fashion and the identity of Zimbabwean women through the bridal collection because of the value of a bride-how she is seen as a queen in our culture,” said Malunga.

She said the exhibition will comprise of seven models who are not the typical models but represent a typical Zimbabwean queen.

“We will have seven models, some are mothers,” said Malunga.

“We want to celebrate the average woman who is not your typical model.”

Malunga said the exhibition will be a 7 gown collection for the models and the unique part of the gowns is that they were designed after meeting the models, to draw inspiration from their personalities.

“The gowns will be a contemporary African tribal collection comprising of the 21st century fashion and also drawing from our culture,” she said.

“We want to bring out a hybrid artistic expression which touches on so many aspects; on eastern Asia, western Europe and our tribal cultural atmospheres”.

Malunga said she expects at least 200 people to attend the exhibition.

There is a limited number of tickets being sold at $20.

Measles outbreak: Challenges and implications on the future of girls and women in mining communities 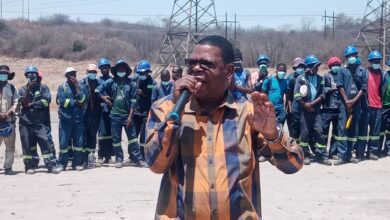