A family from Bulawayo’s Nkulumane suburb were allegedly assaulted by police for running a shebeen in their house.

The police are currently conducting an operation to shut down all shebeens operating under the current Covid-19 induced national lockdown regulations.

Jesta Mudangayi (48) told CITE that she was assaulted together with her three children on August 6 around 2 am.

Narrating their ordeal, Mudangayi said she was woken up by some people who wanted to buy alcohol from her.

The police officers ordered her to open the door and they searched the house for alcohol.

Mudangayi added that police officers handcuffed one of her daughters and they were taken to the police station where they were detained overnight.

A neighbour said she was woken up by the noise and they were scared to intervene.

“The police were so violent and we feared that if we got out, we will also be arrested or beaten,” she said.

Contacted for a comment, Bulawayo Police Spokesperson, Inspector Abednico Ncube denied the allegations that the family was assaulted during the raid.

“Our police only carried out raids in houses that we were told there are shebeens and we did not receive any report of anyone assaulted during the raids of shebeens but we have arrests of people who are operating shebeens without any license,” said Inspector Ncube. 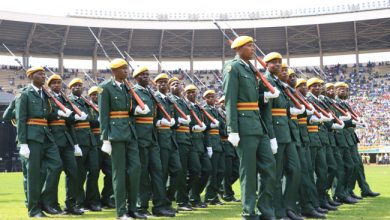 I have reported ZEC to SADC: Chamisa