The proposal to extend women’s proportional representation quota seats in Parliament for another five years, as stated in the Electoral Amendment Bill, is laudable but will drain the national budget because those female legislators will not be representing specific constituencies, nor will it correspond to actual development on the ground.

This was said by Bulawayo-based lawyer, Thamsanqa Sephumawho noted that political parties should strive to nominate female candidates when compiling candidate lists instead.

Sephuma indicated adding more numbers to an already overburdened Parliament might be a bad idea while discussing the Electoral Amendment Bill on CITE’s The Breakfast Club show on Monday.

“I think it is burdensome to increase the number of people drawing from the fiscus. They will be getting cars, sleeping in hotels, get sitting allowances and salaries, that is an added cost to the fiscus and the taxpayers,” he said, noting the extension of women’s quota may please ‘feminists.’

“The quota was supposed to expire with the expiry of this parliament. They now want to extend it further.”

The legal expert observed that, while parliamentary representation has increased since 1980, it has not kept pace with actual development on the ground.

“At the end of day, it’s a burden to the fiscus though some people argue women’s representation is necessary.”

Sephuma explained this was the wrong way to empower women because female empowerment should begin in political parties.

“Every political party must try to have a minimum number of candidates, say 50 percent should be women, that way, they are included. Just say out of 210 MPs, a certain number should be women,” he said.

“I think that is a better approach than increasing the number. Worst part is those people don’t have specific constituencies they represent. They are just there in Parliament.”

He also stated citizens should be aware of the Electoral Amendment Bill and its implications for elections because “Zimbabwe has a history of disputed elections since time immemorial.”

“We now need to know what the government is trying to do. Section 67 of our constitution provides people with political rights to vote, seek public office, participate in political activities, whose regulating act is the Electoral Act. Therefore, people who want to be voted for and people who want to vote or participate in rallies and campaigning need to be conversant with the changes that are coming up,” Sephuma said.

For example, Sephuma stated that the Electoral Amendment Bill proposed eliminating driver’s license as a form of identification at polling stations.

“They are trying to amend Section 4 of the Electoral Act with respect to documents that are acceptable as documentation by removing driver’s license in the current act because it does not show your citizen status. The right to vote is a right available for citizens. If you are able to produce your passport and ID, you are entitled to vote,” he said.

Another noteworthy feature, according to the lawyer, was Section 129 of the constitution, which listed disqualifying acts for sitting MPs to be applied to candidates as well.

“If you are a sitting MP, you lose your seat for issues of dishonesty, if convicted of physical violence, breach of trust and the amendment wants to introduce that to candidates as well. If you are a candidate and wish to stand but are convicted within the past 12 months of those crimes then you are also disqualified from standing,” he said supporting the move.

“We need leaders to be people of high standard and integrity given a history of political violence in this country. We don’t want violent people going to Parliament. We want people of sombre senses, proper standards, not hooligans. I think it’s a step in the right direction.”

Another critical issue, according to Sephuma, is the withdrawal of candidates’ time limits.

Currently, only the presidential candidate is given a time limit to withdraw under Section 107 of the Electoral Act, but the amendment would extend that to all candidates.

“A presidential candidate has 21 days to withdraw before polling, now they are also trying to introduce that to other candidates to say, ‘if standing for any election or position and you decide, you no longer want to participate, you can do so 21 days from polling day,’” Sephuma said.

Cop fatally shoots colleague while in pursuit of a car jacker 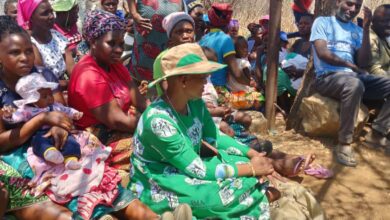 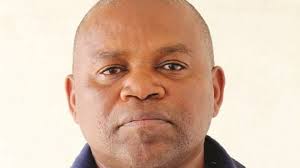