Women in Matabeleland have said the reintroduced maternity fees at public hospitals would not only further escalate maternal deaths but also promote backyard maternity wards at a time when the country’s health delivery system is at its lowest ebb.

The government during the coalition government era (2009-2013), through funding under the Health Transition Fund (HTF) scrapped the maternity fees for expecting mothers in order to reduce high maternal deaths, especially in rural areas.

The HTF was multiple-donor pooled funding mechanism to support the health system in Zimbabwe.

Funding partners of the HTF included the European Commission, the governments of Canada, Ireland, Norway, Switzerland, Sweden and the United Kingdom.

However, in a circular dated December 31, 2019, the government while hiking hospital user fees by more than 100 percent for 2020 also directed that maternity fees be reintroduced with immediate effect.

Ante-natal general ward per day now costs $160 at central hospitals such as Mpilo Central Hospital and United Bulawayo Hospitals (UBH), $120 at provincial hospitals and $80 at district hospitals with the same amounts being charged for post-natal care.

“Honestly, for a country that is a signatory to statutory instruments like CEDAW (Convention on the Elimination of all forms of Discrimination Against Women) which prioritises women and health issues surely government should be ashamed of themselves. People cannot afford these fees.”

Mpofu said she was foreseeing a situation whereby women would give birth at home under harsh conditions.

“The government is promoting back door maternity wards just like the one that is in Mbare where the First lady donated groceries. Is this really what we have been reduced too?”

She said community health workers would resurface to help expecting mothers in rural areas as maternal fees are unaffordable.

“I remember we used to have community health workers who would help women give birth at home simply because clinics and hospitals were quite far, that was scrapped off. Now with these maternity fees that have been reintroduced, I foresee that system being reintroduced,” she said.

“We have clueless people running the country at the expense of women. Now we shall see a rise in maternal deaths.”

Bulawayo resident, Samkeliso Ndlovu, said maternity fees reintroduction was tantamount to a death sentence on the majority of Zimbabweans who are barely surviving on one meal per day.

“The reversal of free maternal health does not make sense at all,” said Ndlovu.

“In fact, it is the final confirmation that this government has totally failed. What then is happening to all the taxes we are forced to pay for through the nose? Where is the 2percent tax going?”.

“Child mortality will increase as many women will be giving birth at home where there is no electricity and water,” bemoaned Khumalo.

“This is nothing but silent genocide; there will be an increase in the deaths of women giving birth in cases of complications.”

She added that Parliament would tackle the issue when it resumes sitting on February 12. 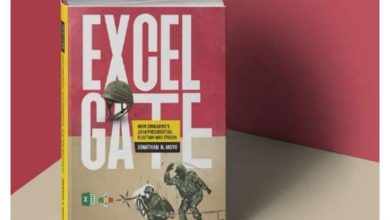 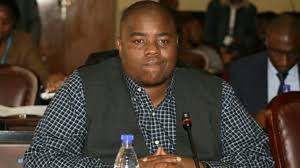