But, Minister Mutsvangwa retorted back at the Catholic bishop, labelling Archbishop Ndlovu “evil-minded”, “misguided” and seeking to ferment tribalism in the country.

Her sentiments, as a senior government official angered people who called for her dismissal from office as she was the one who used tribalistic sentiments.

“Governing people by impunity takes away their human rights and stupidly one minister comes out and scolds the Catholic Bishops, labelling them as devilish advocates. I don’t know what that means but to us on the sidelines that was a misstatement from that minister and she must be recused quickly,” he stressed.

Magwizi noted that Catholics had a history of intervening when there was a crisis and mentioned Donal Raymond Lamont, an Irish-Rhodesian Catholic bishop and a Roman Catholic missionary to Africa, who was best known for his fight against white minority rule in Rhodesia.

“Bishop Lamont went to Ian Smith and told him about the then security situation in this country but Smith scorned him. Today, someone has the audacity to scold the Bishops whose advice is coming genuinely, advice to say please look at the human rights and peace situation in the country,” he said.

“There is no diplomacy in whatever Mutsvangwa said and also it projects this country’s leadership as insensitive. They are insensitive to the plight of people and that is inhumane. I think if we are going to practice good statecraft, such kind of things that go against human rights must be considered carefully,” Magwizi said.

He highlighted that as ex-ZPRA cadres, they would not sit back while the country deteriorated.

“We want to be involved in the peace and security situation in the country. We don’t want to maintain peace but we want to participate in creating a foundation for peace. As ZPRA  we fought for peace, unity and freedom. So if these are not going well, we become concerned so we must be involved in everything that is about national security because as veterans we are part of the ministry of defence isn’t?” Magwizi said.

In a statement, Zimbabwe Christian Alliance (ZCA) threw their weight behind the underfire Catholic bishops and called for Minister Mutsvangwa to be relieved of her duities.

“We are concerned about peace and nation-building we want to state that the church is mandated to speak the truth to power in the spirit of nation building as was reflected in the ZCBC pastoral letter,” ZCA stated.

“We condemn the attempt to single out the Most Reverend Archbishop Robert Christopher Ndlovu on tribal grounds and therefore the endeavour to personalise a statement sent out by the entire ZCBC Bishops and leadership is unacceptable.”

ZCA reiterated concerns raised by the bishops were legitimate.

“The statement by Minister Mutsvangwa threatens social cohesion and could deepen the divisions among Zimbabweans. We appeal that she withdraws it, apologises and is relieved of her position. It also threatens the Church’s freedom of worship and moral authority which is enshrined in the country’s constitution,” the statement read.

“There is an urgent need to start an honest and victim-centred national dialogue on the historical wounds of this nation to bring healing, reconciliation and closure. Thus, the march is not ended towards full implementation of the constitution, rule of law, healing and reconciliation to ensure that Zimbabwean lives matter.” 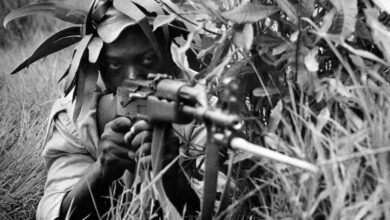