Former Victoria Falls mayor Sifiso Mpofu who was arrested and found in possession of ivory is set to go on trial on May 14, the court has ruled.

This was heard on Tuesday when Mpofu (42) and his co-accused Milton Sibindi (47) and Patrick Sibanda (49) from Mkhosana suburb appeared before Victoria Falls resident magistrate Lindiwe Maphosa facing charges of possession of eleven elephant ivory tusks.

The trio who are represented by Thulani Nkala of Dube and Nkala Partners pleaded not guilty to the offence.

Mpofu’s trial had been failing to kick start since March after prosecutors told the state that they were still carrying out investigations for a full docket which is now complete.

Maphosa said the trial is going to be heard in Victoria Falls.

State prosecutor Onias Nyathi said allegations are that on March 7 at midnight, a team comprising of police officers and Zimbabwe Parks and Wildlife Management Authority (Zimparks) rangers were on an anti-poaching night patrol in Mkhosana when they observed a white Toyota Harrier parked at house number 5449 where Mpofu resides.

Upon seeing the team, the driver allegedly sped off and that is when they saw the three accused carrying elephants tusks each walking towards the gate before dropping the ivory and running away upon interception, leading to gunshots firing as a warning leading to their arrest.

The initial out of prison remand was granted in March by High Court judge Justice Martin Makonese granted each of them ZWL$500 on top of surrendering their title deeds and travelling documents ad surety they will not abscond trial.

In addition, they were also ordered to report at Victoria Falls Police Station twice a week. 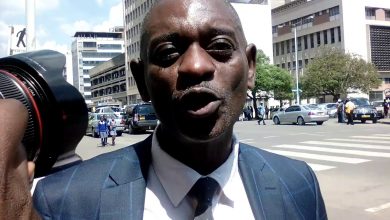