A former soldier who was nabbed while attempting to rob an elderly woman at gunpoint at her residence in Bulawayo’s Lobengula West suburb has been sentenced to 9 years in prison.

Ian Sibanda (56), who allegedly committed the offence with an accomplice, Learnmore Kwari, who is still at large, was sentenced by Bulawayo Regional magistrate Joseph Mabeza on Monday.

Sibanda was facing two charges, attempted robbery and possession of a firearm both to which he pleaded guilty.

He was sentenced to 8 years in prison for attempted robbery and one year for possession of a firearm.

The court heard that, during the commission of the offence, Sibanda was disarmed and manhandled by his victim’s 24-year-old grandson using a golf club.

Sibanda was assaulted by neighbors who later handed him over to the police.

His accomplice, Kwari, managed to escape during the heat of the scuffle and fled from the scene.

Magistrate Mabeza, in his ruling, said what aggravates the offence is that it was pre-meditated and Sibanda together with his accomplice were determined to go through with their plan.

“It was fortunate that complainant’s grandson was around and that he managed to disarm you,” Mabeza said.

“Nothing was mentioned about the ownership of the gun, was it for protection or otherwise. Neither is the owner known.”

Out of the nine years, magistrate Mabeza suspended two years on condition of good behavior leaving an effective seven years.

In mitigation, Sibanda’s lawyer, Maqhawe Mpofu of Samp Mlaudzi and Partners pleaded with the court that a lesser sentence be given to his client as he had shown remorse by pleading guilty to his crime.

Mpofu said the court should take into consideration that the actual offence did not occur and that justice had partly been served seeing that Sibanda was assaulted by a mob during the commission of the offense.

“My client is a first offender who pleaded guilty to the offence. May the court credit him for such as he has shown remorse and did not waste the court’s time.

A guilt plea Your Worship carries much weight. A harsh sentence would be tantamount to killing a fly with a hammer. Sending him to prison would only turn him into a hardened criminal thus I pray that this court considers a lesser sentence,” Mpofu mitigated.

“During the attempted robbery, nobody was hurt save for my client who became a victim of mob justice. In a way, justice was partially served. He is supposed to undergo medical examination to ensure that he did not suffer any internal injuries.”

Mpofu said count one of the charge allows for the accused person to pay a fine, especially if it’s a first offender.

He reiterated that imprisonment should be reserved for repeat offenders or for cases where offences are committed under aggravating circumstances. 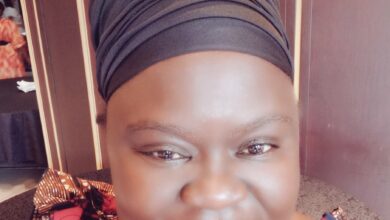 Covid-19: Torture and ill-treatment on the increase, Rights groups say