Two women from Bulawayo are suing a local pharmacy for US$40 000 for defamation of character after the company accused them of being a part of a thieving syndicate that stole from its outlet.

Gamuchirai Chikobvu and Perpetual Tigere allege that Emergency 24 pharmacy circulated their pictures together with those of two other women who were caught on CCTV footage stealing from the pharmacy.

Video footage seen by CITE shows two women stealing products from the shelves, shoving them into their bras and handbags while they they stood next to Chikobvu and Tigere.

A source who spoke to this publication on condition of anonymity said the two women went to the pharmacy on December 29 to buy their medication and the footage was circulated on December 31 with a caption: “WARNING:Be Careful of this syndicate of Shoplifting in Bulawayo they move around as a group to cause diversions we managed to get them on CCTV. If anyone can identify these ladies please inbox with information, thanks.”

The source said Gamuchirai and Tigere, after seeing their pictures, went to the pharmacy to seek clarity on why they were being accused of theft and the pharmacy apologised for the mishap.

“The women were infuriated saying their workmates, relatives and friends were already judging them for stealing. Today they served the pharmacy with a letter demanding that they be compensated for the damage caused,” the source said.

Through their lawyers from Samp Mlaudzi and Partners, the pair sent a letter to the pharmacy arguing it was highly unprofessional, mischievous, irresponsible and grossly negligent to circulate CCTV footage images portraying them as part of the shoplifters syndicate without first verifying facts.

“Our clients instruct us that on the 31st of December 2020 you circulated or caused to be circulated, on WhatsApp and other social media platforms, their pictures captured on your CCTV footage,” read the letter.

“It is common cause that this message went viral as it was widely distributed and widely read by the general public as well as our clients’ families, their work colleagues, their respective clients and customers, church members as well as other community members known to them. For example, the same message was sent to a WhatsApp Group called Bulawayo Rental Group, in which our clients are also members, by one Tariro Mpofu with an Econet Number: 0774919636 and it was seen by two hundred and fifty one members of the said group.”

“We are further instructed that after these images were circulated our clients approached you having been informed that they are being sought after but they were not apprehended,” the letter read.

“The contents of the abovementioned message accompanying our clients’ images was wrongful and defamatory. It was meant to be understood by the readers/recipients of your messages and social media users to the effect that our clients are habitual thieves who are a menace to the society and the business community at large.

“It is our instructions to demand, as we hereby do,” the letter further stated “you issue a statement of apology in the newspaper that circulates daily in Bulawayo as well as on all social media platforms within 48 hours of service of this letter. Secondly, you pay US$20 000.00 to each of our clients within seven days of service of this letter failing which legal action will be instituted against you without further notice.” 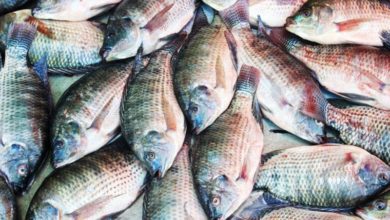