Stakeholders in Bulawayo have expressed concern over the duplication of roles between the municipality police and Tendy Three Investment (TTI) parking marshals in the clamping of vehicles in the city.

TTI was contracted by the local authority to manage its vehicle parking system and is charging US$1 per hour.

This came out during a policy dialogue on promoting transparency and accountability in public service delivery hosted by Transparency International Zimbabwe (TIZ) Tuesday.

Posing a question to Bulawayo City Council (BCC) a participant inquired about the role of the municipality police as there are now TTI police who are also who seem to have taken over duties of the former.

“In terms of the TTI tender agreement that is there, I see a lot of duplications taking place between TTI and Bulawayo City Council metro police. For me it’s a worrying trend and of late we are seeing TTI security taking over the responsibility that was enshrined or constituted under the Bulawayo metro police where they are clamping vehicles and you are made to go and pay a fine at the TTI office,” said the participant.

He said there is now a duplication of duties as both parties are doing the same roles.

“That on its own for me, from a financial point of view, I see duplication in terms of revenue strings in terms of the local authority where a revenue base that used to be 100 percent solemnly under the local government has somehow been  70 percent of it taken by TTI.  Do they have the legislative powers that empower them to fine somebody, do they have the arresting power because for one to pay a fine it means the fining party has an arresting power, a legal instrument that entitles them to act.”

He added, “We have BCC police and TTI security guards, and all of them are performing the same function and we see largely, much of the fines are paid to TTI instead of BCC.”

He said it was clear that the local authority was losing on revenue generation.

The participant said the parking fees are also driving away business.

“From an economic point of view, in terms of the parking fees are you realizing that it’s driving away business and its actually depleting economic growth of the city and in retrospect reducing the GDP of the city because a lot of people that were parking in the Central CBD are now forced to go and park on the peripherals of the city. Are we not indirectly forcing some of our investors out of business, are we not in danger of facing a huge de-investment when people de-invest in Bulawayo going to invest in areas where there is high patronage in terms of traffic,” he said.

In response, BCC procurement manager Mlungelwa Khumalo said TTI is enforcing the clamping within their boundaries.

“The duplication of roles as far as clamping and towing away of vehicles that may violate certain laws with the city, to begin with, TTI is doing that within the programme area. In other words they are not covering the whole city in terms of those clamping but there is an area that covers the whole project, I think from 15th Avenue to the 3rd avenue, so they do that within those boundaries and that is catered for in the contract agreement,” said Khumalo.

He added: “As for the issue of revenue being depleted, we share that revenue, in the contract there is a provision for the parking fees that is 70:30, and then for the fees that we raise through violations, the sharing is 50:50, the City Council does get something.”

“We invited about 72 companies and these Institutions included the resident associations, universities, transport operators, businesses, property owners, private players, and also the sectors such as PWDs, hospitality, banks as well as the public sector, the police, and the NGOs as well as the other partners that we work with as a city. What is worrying from the city is that from our attendance 198 institutions or representatives came from the register,” said Mpofu.

She said there is a need for a feedback mechanism when stakeholders leave a consultative meeting.

“Some of those organisations that are saying they were not represented they did have people in that meeting and what then arises from us as a city is what then happens when someone leaves a consultative room where the council was engaging them, is there a feedback mechanism, do you go back and say to your stakeholders that you represent, this is what Council was saying, let us engage meaningfully.

She also encouraged the people that attend the consultative meetings to be empowered to ask the right questions.

WHO allays fears of monkeypox outbreak in Zimbabwe  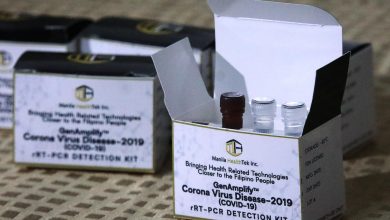