Some academics and professionals in the Diaspora have reached out to ZAPU with the intention of establishing a scholarship fund in honour of its late leader, Dr Dumiso Dabengwa.

This scholarship fund will be another way to preserve Dr Dabengwa’s legacy.

The national hero died in May this year after an illness.

Dr Dabengwa was one of the country’s senior commanders who participated in the country’s liberation struggle and revered across southern African as one who fought against colonialism while post-independence, he contributed to the peaceful development of Zimbabwe.

His scholarship would be targeted at students who are less privileged and wish to study in local universities.

This development was disclosed to CITE after ZAPU held its National People’s Council meeting Saturday in Bulawayo.

In an interview, ZAPU president, Isaac Mabuka, said the mother party received communication from people in the Diaspora who were interested in setting up a scholarship for the late national hero, popularly known as DD.

“We heard from abroad, people who need a DD scholarship. They want to establish a scholarship for Dabengwa in the local universities and they will pay from aboard for students that are less privileged.

“We are now discussing this and the party Secretary General, Dr Strike Mkandla, will be busy communicating with them to try and make sure everything is followed,” he said.

Mabuka noted that it was not necessarily ZAPU members who were calling for the scholarship but mostly “educated people in Europe and America.”

“They highlighted they want to establish a scholarship. These people were in contact with each other but however they had to contact us with their intention. We agreed that it is a very noble idea for the scholarship to be established in the name of Dumiso Dabengwa,” said the current party leader.

He added that these interested persons were busy working on the modalities of how to go about setting a scholarship.

“We hope they will succeed and that some students will benefit from the DD scholarship,” Mabuka said.

ZAPU secretary general weighed adding that the scholarship fund would be one of the means to “appropriately” honour Dr Dabengwa.

“We would definitely would like to see Dr Dabengwa honoured appropriately through a scholarship programme. So that’s a very specific programme and at the same time, these are people who would like ZAPU visibility to grow,” Dr Mkandla said.

He added that besides the scholarship programme, these interested persons would also offer support to the revolutionary party in other areas.

“Support so that we have more or less public events in the Diaspora where ZAPU can come and put across what it stands for. This will enable people to actually make proposals for what the government should look into,” said the SG.

ZAPU is also in the process of engaging different stakeholders as ways of wooing them into the party, Dr Mkandla added.

“People must be free to come to ZAPU. In September, for example, we had an indaba in the United Kingdom and that was fairly successful. It was a multi-stakeholder process where people, some of them not necessarily ZAPU, came in order to engage with ZAPU members.

“The participants said what they think on the kind of space that ZAPU should occupy in Zimbabwean politics,” he said. 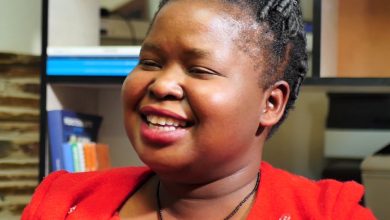 Chiefs to lead exhumations and reburials of Gukurahundi victims