Bulawayo councillors have urged the council financial department not to turn away residents but accept the little they have when individuals come forward to make payment plans.

The finance department is reportedly turning away residents who bring forward less than half of what they owe.

Councilors said there were many residents whose water supplies could be disconnected for nonpayment but were turned away by council staff, when they came with less than fifty percent of their debt.

They implored council to reconsider its position but realise that some residents were elderly people who are unemployed and struggled to raise money for rates.

Speaking at a full council meeting, Wednesday, Ward 17 Councillor Sikhululekile Moyo argued that in light of the current economic situation, residents must be allowed to pay in installments rather turning them away.

“We need to acknowledge that we are living in a very difficult time. We encourage residents from the respective wards to pay their rates but they are turned away despite their efforts. We therefore ask the council to accept whatever amount residents have so that they can lessen their debt” she said.

Moyo added: “Council should arrange for payment plans in order to accommodate those who are struggling. We have elderly citizens who struggle to make ends meet and it is not fair to turn such people away. Notwithstanding fact that they also struggled to raise the money.”

Ward 9 Cllr Donaldson Mabuto concurred with Moyo and suggested that residents must at least pay ten percent then proceed to make payment plans.

He said turning away residents on the basis that they have less money also negatively affects the council’s cash flow.

“We have a city to run and to do that, we need money. Every cent from the residents counts so they must not be turned away. Instead residents must be encouraged to make payment plans which they will follow,” Moyo suggested.

He, pointed out that although the exercise was harsh, water disconnections were effective as the city council managed to collect substantive amounts of money from residents. 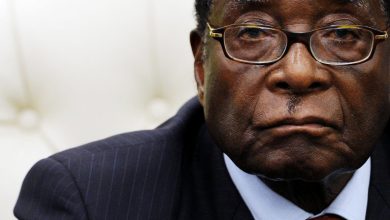