King Bulelani Lobengula Khumalo, has warned the Ndebele people against taking orders from the other claimant to the throne, Stanley Raphael Tshuma, who is threatening to take over the Bulawayo State house and establish his kingdom.

Tshuma who proclaimed himself as King Mzilikazi II, last week wrote to President Emmerson Mnangagwa threatening to take over Bulawayo State House, in a bid to revive the Ndebele kingdom in Matabeleland.

Tshuma announced that he would lead “his” people in South Africa who were displaced by both the Rhodesian and Zanu PF-led governments to occupy Bulawayo State House.

But Khumalo advised people to ignore Tshuma and not allow themselves to be swayed.

“Mthwakazi Omuhle, we must remind you of who we are and how we carry ourselves as a nation. We are organised, orderly, composed and not easily swayed. On that note we urge you to relax, be calm and carefully analyse what you are doing before jumping into issues that we don’t know of,” read the press statement.

“We are aware of the ongoing confusion and we understand that at the end of May, people are supposed to be going home. As the office of the King Bulelani kaLobengula kaMzilikazi, we say there’s nothing like that. Don’t allow yourselves to be pushed into deep holes and be fooled by Stanley Raphael Khumalo, who calls himself King Mzilikazi II.”

“We are suffering as a nation but this doesn’t mean we have to thrust ourselves into issues without having thought about them. I say to you, as our people, that wise actions need to be done so that we properly exit our troubles, please be patient.”

The office of King Lobengula highlighted that the Ndebele ancestors were known for their gallant and victorious actions, therefore people must take after them and be wise in their conduct.

“Let’s not engage in this tomfoolery we are hearing,” said the king’s office.

Besides King Lobengula and King Mzilikazi II, there is a third claimant to the throne, Peter Zwide Khumalo, who proclaimed himself King Nyamande Lobengula II. 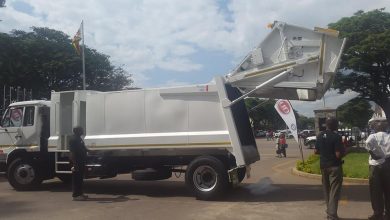 Kambarami aspires to be deputy mayor