Bulawayo`s Ward One Councillor Mlandu Ncube says employment for Egodini mall project should not be tribal grounds but should benefit any person who is resident in the city.

Local pressure groups have been advocating for Tearracotta private limited, a South African civil engineering firm who are overseeing the construction of the $60 million shopping mall, to employ local people from Matabeleland region.

Speaking to CITE, Tuesday, Cllr Ncube said there are locals who are not originally from the region but they should be considered for employment.

“The crisis is who is from Bulawayo. If we start using surnames it will be problematic because there are some people with Shona surnames but were born and have businesses in Bulawayo,” said Cllr Ncube.

“These people pay tax and employ people from Bulawayo”.

Clr Ncube distanced the Bulawayo City Council from the recruitment process saying it was the responsibility of the contractor.

“The contractor is still on track when it comes to employing locals. They know the agreement,” said Ncube.

He urged to find an amicable way of solving issues arising from the recruitment process.

“As people from Bulawayo, we know each other. We must find a way of identifying the legality of proof of residence of a person,” said Ncube.

Ncube also highlighted that there are other developments by the municipality which will see job creation for locals.

He revealed that council will redevelop Makokoba to a modern suburb and will also embark on extending the Victoria Falls Road into Basch Street.

The recruitment process for the EGodini Mall project started on Monday and is expected to close on November 30.

Letter to my beloved Joshua 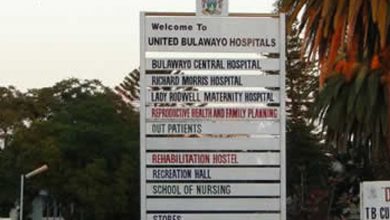