Citizens must be given accurate and credible information during an election period so that they are empowered to make informed decisions about their future.

Speaking on promoting civic awareness and action to counter disinformation, media scholar Clayton Moyo said disinformation campaigns tend to increase towards an election and this has a negative impact on the electorate.

“As you go towards elections, in almost every country, you have all these disinformation campaigns where people who have political interests craft messages and they deliberately target to misinform the electorate and this is much more concerning more than anything,” he said.

Moyo added that elections are an important democratic process in any country and people must be empowered with accurate information.

“As we go towards elections, people must have access to information that is credible and accurate so that they will make decisions, especially on the ballot based on accurate information,” he said.

Moyo said that when people are misinformed “it takes the power away from them and they lose trust in public institutions”.

“You are damaging important processes in the long run when you craft all these messages that make people lose trust.”

Disinformation campaigns are dangerous in that they may lead to hate speech and incite people to violent toward each other, Moyo added.

“The stakes are high during an election,” he said.

“When we go for elections, everyone wants whatever political interests they are pursuing to be the one that carries the day and others want that to happen at whatever cost.” 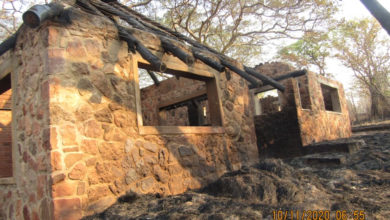