Villagers in Magoli, Dete are now divided on how to deal with three stray lions that have been terrorising the area in the last few weeks.

The three lions are believed to have escaped from Chizarira National Park and have been preying on their livestock.

However, some villagers want the lions put down while others are for the idea of creating Bomas to safeguard their livestock.

A boma is an enclosure used to secure and protect people’s livestock.

When the villagers approached the National Parks and Wildlife they were reportedly informed that the marauding lions would have to be put down.

Animal conservationists working in the area committed to donating material to be used in the construction of bomas to protect their livestock.

Some of the villagers told CITE that the disputes arose after several bomas were put up.

A villager who spoke on condition anonymity said the community received assistance from various stakeholders and organisations to erect bomas but there are some members who are against the idea and prefer the lions to be shot.

“We have worked hard to put up the bomas, getting assistance from wellwishers. Most villagers have lost their livestock so this is a way of preserving our livestock,” said the source.

One of the villagers advocating for the killing of the lions Raphael Ndlovu told CITE that villagers were also at risk of being attacked by the lions.

“Villagers need a permanent solution to the troublesome animals. The national parks, in a meeting that was held in the community, tasked me to work with their personnel to shoot the lions,” said Ndlovu.

“In 2014 a child was devoured by lions in this village. Setting up bomas alone is not enough for they only provide protection of livestock. We have to think about the safety of the people too.”

Mabhikwa Moyo, an elderly Magoli villager said since 1984 he has lost a total of 17 herd of cattle and 15 donkeys to wild animals.

“This year I have lost two cows and two donkeys from my homestead. We wish the national parks would listen to our plight and deal with these wild animals. All the villagers are crying foul over the constant loss of their livestock.”

Moyo said committees spearheading the boma project have not yet arrived in their section so they are making provisions by using thorny branches to protect their livestock. 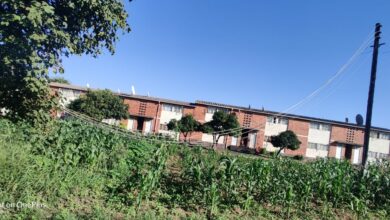 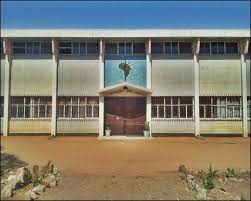