Habakkuk Trust, a faith-based organisation, in collaboration with 8 other civil society organisations and government line ministries embarked on youth development and participatory edutainment programme through sports in a bid to empower the marginalised youths in Gwanda North.

The fun-filled day attracted more 700 youths drawn from neighbouring communities to watch soccer and netball and at the same time learn some life survival skills and gain knowledge on how to sustain income generating projects.

According to Habakkuk Trust Chief Executive Officer, Dumisani Nkomo the objective of the event was not only on information dissemination but to emphasise on youth strengths, provide support and opportunities that will help them achieve their goals.

Some of the organisations taught them on transition to adulthood in a productive health manner as well as dangers of sexually transmitted diseases.

Speaking after the long day activity, Habakkuk, CEO, Nkomo said, “We want to encourage youths to partake in developmental projects and to be in decision making positions. Today we came along with a number of organizations that deal with youth leadership and development.

“Some of the organisations that took part included Masakhane Trust, Bulawayo project centre, WILD and NAC among others who taught youths about life skills,” said Nkomo adding that their objective and goals were met.

Nkomo said they are targeting the rural areas because the youths living in these areas are totally disadvantaged when it comes to such vital information as compared to those youths in urban areas.

“We had to organise a sports gala after realising that in order to attract youths, such activities are the way to go because they don’t like public meetings.

However, sports and music attracts numbers and this becomes easier for us to capture them,” he said.

“We would to thank Habakkuk for a job well-done and at this juncture I am urging parents to release their children to attend such programmes,” said Sibanda.

Both teams from Polite (netball and football) emerged as victors and went home with full kits while the other participating teams walked away with playing balls, all sponsored by Habakkuk Trust. 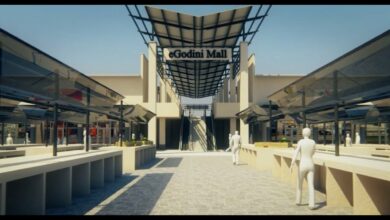 Vendors and Kombis to move into Egodini by February