The credibility of the South African envoys appointed by President Cyril Ramaphosa to engage the Zimbabwe government and other stakeholders following the unfolding humanitarian crisis in the country has come under scrutiny.

Dr Mufamadi was part of a delegation that came to Zimbabwe in 2007 to engage the former president Robert Mugabe who was eventually ousted in a military coup.

Activists have noted that Mbete is conflicted as President Mnangagwa sees her as a “ good friend”.

Narrating his escape in 2017, Mnangagwa revealed when he arrived in South Africa he contacted the then Speaker of Parliament Mbete who then informed the then president Jacob Zuma of his presence in the neighbouring country.

“Mbete is a good friend of mine,” President Mnangagwa said.

“So she came to where I was hiding and she told President Jacob Zuma that I was there.”

These factors have cast doubt on the credibility of the delegation and critics said this may just be another publicity stunt by Ramaphosa and Mnangagwa to appear as if they are doing something about the humanitarian crisis in the country.

Former MDC-T leader Morgan Tsvangirai’s advisor Alex Magaisa, wrote on Twitter that Mbete’s presence meant “President Ramaphosa has sent a friend to help a friend. These guys are not serious. The mission is a fraud before it even begins. She’s conflicted and there is no way she can be an honest broker. Doesn’t President Ramaphosa have retired judges to call on for this?”

In an interview with CITE, Dr Vusumuzi Sibanda the leader of the African Diaspora Global Network, a migrant focused organisation, doubted whether Dr Mufamadi would be able to reign in Zanu-PF.

“When he was in Zimbabwe in 2007, he did not meet with the opposition and the problem was unresolved. I don’t see him being a changed man now and able to resolve the crisis. Probably he comes in because he has a history but his success level and what he achieved at that stage determines our response and view of his input into the whole process,” he said.

Dr Sibanda noted that the ANC is incapable of holding the Zanu -PF government to account as their relationship is very strong.

“This can be seen through the (Kgalema) Motlanthe Commission that came in to inquire the August 1, 2018 killings in Zimbabwe and when you look at what transpired and the outcome of that particular inquiry you realise all these are mere smokescreens, to deal with things at arm’s length. To appear to be doing something is not necessarily to make sure the problems are resolved it’s just impossible,” said the migrant activist.

He added Zimbabwe needed a firm authority such as the African Union (AU) to speak decisively.

“There’s no result going to come out of that. This is not going to reform or transform Zanu-PF and make it a human rights respecting government because the kind of discussions and level of discourse of these particular parties is definitely nothing closer to fixing the issues that worry Zimbabwe,” Dr Sibanda said.

ZAPU Southern Region Communications Director, Patrick Ndlovu expressed concern over the criteria of the ‘stakeholders’ meant to meet with the South African envoys.

“From past experience the term has been limited to only parliamentary representation but by voting trends of Zimbabwe, parliament represents less than 50 percent of population due to machinations of vote rigging by Zanu-PF, which are inaccessibility of polling stations, unfair campaign methods and campaigning environment,” he said.

“Past experience says this will turn out to be a PR stunt for Ramaphosa and Mnangagwa, which would not solve the problem. Our crisis did not start with Covid-19 but 40 years ago and has culminated into human rights abuses, killings, torture. An all-inclusive approach to solving this problem is needed.” 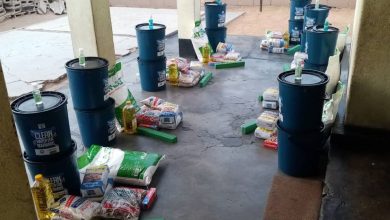