The number of people succumbing to Covid-19 in Zimbabwe has significantly declined to as low as one or two per day, at a time when the country is administering vaccines, statistics from the Ministry of Health and Child Care has shown.

Zimbabwe as at 26 May has recorded a cumulative total of 38 819 positive cases of coronavirus of which 36 531 are recoveries while a total of 1 589 are fatalities.

On May 25, only one person died of Covid-19 complications while two succumbed to the pandemic Wednesday, a significant decline compared to January when both infections and deaths were on an upward trend.

In its latest update, the Ministry of Health and Child Care said a total of 113 new cases, all local, and two deaths were reported in the last 24 hours with the average for new cases rising to 30 from 16 the previous day.

As at May 25, 1500 hours the Ministry said there were 39 hospitalised cases, three of which were asymptomatic, 24 mild to moderate, eight severe, and four intensive care units.

A total of 1 629 were done Wednesday, seven percent of which come out positive.

Fourteen new recoveries were reported on the day under review and the national recovery rate now stands at 94.1 percent while active cases are now at 699.

Harare and Bulawayo metropolitan provinces are leading with the number of active cases at 381 and 68 respectively.

On the other hand 5 072 people received their second jabs Wednesday, bringing the cumulative total to 293 509.

Mpilo Hospital to beef up security 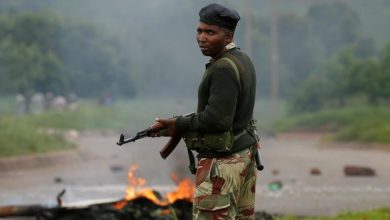