MDC-T Bulawayo Ward 1 re-elected councillor Mlandu Ncube and candidate for deputy mayor has reiterated on the need for transport operators to adhere to set ranking areas to avoid congestion within the city.

In an interview with CITE Cllr Ncube said if transport operators would stick to Waverly, 3rd Ave and City Hall ranking points there would be enough space to drive and walk around town without succumbing to the existing congestion.

In as much as the council owes residents an apology in delay of developing Egodini, the crisis existing in town is caused by the fact that there is no buy-in from transport operators. Could they desist from crowding especially 6th Ave and Herbert Chitepo, there would be not much chaos in town. These people need to change their attitude and operate from appropriate places. It is such attitudes from residents and business people that make it difficult for council policies to materialise.

¨Immediately after I´m sworn in I will call on Bupta, City Transit and Tshova Mubaiwa to map a way forward if they fail to comply we may be forced to push them outside the city which is not fair to the residents, ¨ said Cllr Ncube.

He acknowledged that ablution is a necessity and it is not properly available at the current ranking terminuses.

¨The council had five years to develop these ranking points but clearly, someone slept on duty. However, we promise to make sure toilets are availed to these people. Vendors at times have to walk from Waverly terminus to areas close to Egodini just so they can relieve themselves-it is unfair to them,¨ he said.

Cllr Ncube urged Bulawayo residents to be patient with the council, citing there are several legal procedures to be followed as well as circumstances to be considered by investors before fully plunging into the development process.

¨There are legal proceedings to follow when you are awarded a tender. Our investors are still skeptical of the incoming project, we appeal to the people of Bulawayo to be patient with us as we work on the Egodini project. Investors are still studying the situation. The incoming government needs to be honest enough to the constitution and in implementing devolution of power.

¨I have many policies that can make people buy space at Egodini. We need policies that are investor friendly, one cannot pour $15 billion into a project and not benefit from it. In my capacity as Ward 1 councillor I have set down with a constructor, he is ready but there are a few issues setting him back. The government wants to centralise the Egodini project which is not fair, ¨ he said. 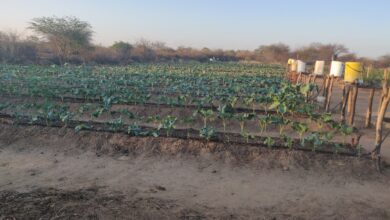