The government is yet to approve Bulawayo City Council 2020 supplementary budget and the 2021 budget, with city fathers noting the delay in approving the former has affected service delivery.

This was revealed by the mayor Solomon Mguni during the full council meeting this week.

He was responding to ward 24 Councillor Anorld Batirai who had lamented the state of the city`s roads which have been made worse by the rains that have been falling recently.

“Given the state of our roads and the current season which we are, If you remember well this year we didn’t have community groups who were doing patching, so definitely are roads are in a bad shape and if we fail to maintain them before the end of this season, definitely we will create a Harare scenario , we won’t be able to maintain them. So, I propose we move even ZWL$30 million, maybe ZWL$15 million so that at least we have more money to deal with that area,” said Cllr Batirai.

The mayor noted that the delay in the approval of the supplementary budget has affected service delivery.

“So, basically, council is mindful of the effect that the rainy season can bring to our roads and most roads are in a bad shape and they are not passable and there is really need to prioritise those major roads which we can attend do, so thus basically the reason why the committee’s reports now speak to that virement and  that is  the virement that is there and they could not have viremented more than what is available to the development.”

Virement is the process of moving money from one financial account or part of a budget (a plan for how the money will be spent) to a different one.

In September, the local authority proposed a ZWL$2.85 billion supplementary budget for the remainder of the year.

The supplementary budget was expected to be effective from 1 November 2020. 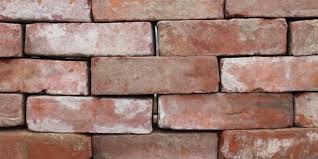