“We have gathered information that this occurred in July 2016. The omnibus crew were identified, we tracked them through the registration number and realised the vehicle has been sold twice and is now on its third owner. The owner confirmed there was an incident that occurred but it was during a round-up of touts before the protests,” said Charamba.

“However, this does not mean we condemn what happened in the video. Investigations are in process to find the three uniformed officers in the footage”.

“The State must not lie to its citizens. The police is saying @SkyNews video is from 2016 but the AES number plate of the Benz shown on the video was only issued in 2018 and we all know that Chiremba Road was only resurfaced last year,” he tweeted.

The video footage also prompted President Mnangagwa to break his silence on the ongoing crackdown promising that the police officers behind the incident will be arrested.

“I was appalled by today’s@SkyNews report. That is not the Zimbabwean way. I have instructed that the individuals behind this be arrested and encourage all those impacted to contact the authorities and file an official complaint,” read the tweet.

Charamba said the police have enforced that the rights of the juveniles who arrested for allegedly participating in the protests.

“We have noted with concern that children were detained. Children under the age of 18 were arrested; in fact some were used as human shields during the protests. The law provides that once children are arrested the fact should be brought to the attention of the parents or guardians to whom in their custody the children will be released,” she said.

“All children who were arrested have been so far released. All interviews to be conducted will be done in the presence of the parents or guardians or legal representatives.”

The police expressed concern on the reluctance by members of the public to report cases of sexual or physical abuse by the uniformed forces.

“No one is above the law, may all those who would have suffered any form of abuse come forward and make a report. There is no way that we can be able to render assistance if there are no reports made,” she said.

Charamba said the victim friendly department has partnered with organisations that help women such as the Musasa project and the adult rape clinic so that victims who are not brave to go to the police can get assistance through the organisations. 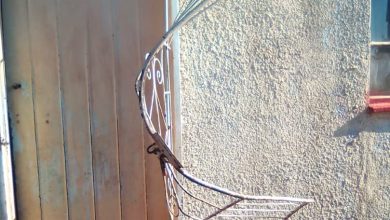