A police officer based in Beitbridge is set to appear in court for breaking curfew regulations following his arrest at the Beitbridge border after he failed to produce an exemption letter.

Constable Mthokozisi Ndlovu (33) who is stationed at the ZRP Beitbridge Border Post was arrested on January 25 at around 7 pm by a security team comprising of officers from the Zimbabwe Republic Police, Zimbabwe National Army and the President’s Office who were enforcing lockdown regulations.

According to a source, Ndlovu who was off duty at the time claimed he was waiting for his relative at the border post whom he wanted to assist.

A week after paying the fine, the source said, Ndlovu’s lawyers from Mugiya and Muvhami Law Chambers alleged that he had been forced to pay the fine under duress and that he was withdrawing his admission of guilt, requesting to be refunded his money.

“On February 3, 2021 Ndlovu’s lawyers indicated that their client paid the fine under duress after had been threatened with detention by the arresting details. They said their client should be refunded his fine of ZWL $500 which he had paid.”

The source said arrangements are being made for Ndlovu to be refunded his money and once he gets his money he will be taken to the Beitbridge magistrate’s court to be prosecuted for violating lockdown regulations.

National Spokesperson Assistant Commissioner Paul Nyathi could not immediately comment on the matter saying he was yet to receive the report.

“I am not at work today, I haven’t received the matter as yet. You can check on Monday when I return to the office,” said Nyathi. 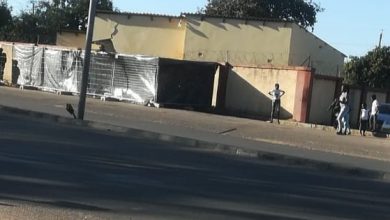