Concerns have been raised on the proposed move to delink delimitation from the national census, with critics saying the decoupling is targeted at the 2023 elections.

But the Zimbabwe Electoral Commission (ZEC) says it lobbied for the proposal, claiming delimitation involves the number of registered voters and does not rely on the country’s census that captures data of all the population.

The proposal has since been adopted in the Constitution of Zimbabwe Amendment (No. 2) Bill yet to be heard in Parliament.

In an interview with CITE, MDC Secretary for Constitutional and Parliamentary Affairs, Kucaca Phulu said proposals to delink delimitation from the census violated the country’s constitution.

“The constitution presently says you cannot redraw constitutional boundaries six months before an election and delimitation is done every 10 years after carrying out a census.

“The idea is there should be no re-mapping of boundaries looking at a particular election. You can’t do delimitation for yourself but do it for another election where maybe you won’t be involved,” he argued.

Phulu said according to the particular constitutional clause, delimitation was supposed to take into account geographical areas, size of places among numbers of registered voters.

“One of the things supposed to be taken into account is the population and that worries some of us who come from the south (Matabeleland). We know there’s population movement, look at how many people cross the border during the holiday season and that tells a big story, meaning the population of the place counts,” he said.

The constitutional expert questioned how “authorities would re-map boundaries before looking at an updated census.”

Phulu claimed the proposed delinking meant authorities wanted to “hide populations” while creating their own boundaries for the 2023 election.

“This is a targeted delimitation and it’s wrong, as it violates all the principles for a good election. The proposal violates our constitution as this change is malicious and mischievous,” he said.

Contacted for comment, ZEC commissioner, Dr Qhubani Moyo denied political scheming was at play regarding the proposal to delink the census from delimitation.

“The position we have as a commission is we are actually the ones that began the lobby and advocacy for the delinking, primarily because as election practitioners, we understand delimitation has nothing to do with the broader population,” he said.

Dr Moyo explained a census captured data of all populations including the young and old, who necessarily did not partake in elections yet an election was about registered people in a particular constituency at a particular time.

“The rationale is the process of delimitation itself is a very rigorous process that involves lots of mapping, work and cannot be done efficiently within a short period of time. We have thus said since the census does not provide data of registered people, it, therefore, has nothing to do with electoral processes but looks at other provisions of social services,” he said.

The commissioner claimed ZEC sought to carry out delimitation ‘early’ so that when elections came, it was prepared.

“We are not saying we are finalising the process but we want to start with mapping, understanding our geography and concentration of voters. As we move towards elections, we would have managed to create a framework that makes it easy for us to complete the job much quicker.

“Our politicians must not see evil everywhere but understand the electoral cycle is a five year cycle and we don’t want to find ourselves in a situation like last time regarding the Biometric Voters Roll, where we had last-minute registrations that caused controversies,” he said.

ZEC is also carrying out continuous voter registration in all the country’s districts, added Dr Moyo and urged people to register.

“ZEC has static machinery that people can use to go and register. This process is happening throughout the whole electoral cycle. ZEC has also targeted some areas that seem to have low numbers of people registered, such as Bulawayo and parts of Matabeleland,” said the commissioner.

“We have made sure we put mobile registration centres so that even off the election season, people of Bulawayo, Matabeleland and other areas where there is low registration go and register. As we speak our teams actually have been to the ground but we are actually very disappointed about the uptake at this particular time. It looks like there is a limited appetite to register off the election season. We encourage politicians as key stakeholders to use this opportunity to try and push for lobbying their supporters and other people in their communities to register.” 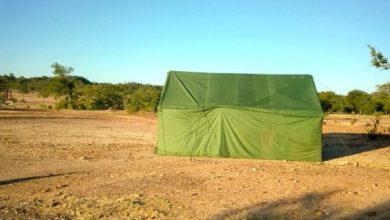