BY LUBALETHU NDLOVU AND SENZENI NCUBE

The plight of underprivileged girls in communities is no laughing matter as local comedians under the Umahlekisa stable have partnered with local journalists to launch an initiative that would see them donate sanitary products every month.

The rib crackers and the scribes are using football as a platform to raise awareness and solicit for donations of sanitary products which are donated to underprivileged members of the community.

Speaking to CITE, one of the organisers Ntandoyenkosi Moyo known as Ntando Van Moyo said this month they target to donate sanitary wear to female inmates at Khami Prison, on the outskirts of Bulawayo.

“This was motivated by the plight we saw in some of the young women in our communities as well as the need to promote healthy lifestyles among artists and journalists through sport,” said Moyo

“This month we want to donate to Khami inmates as they also have challenges in accessing sanitary wear.”

So far two matches have been organised in the last two months which feature Umahlekisa All Stars, Press Select and Umahlekisa Queens.

“Currently there are no sponsors just contributions from the local artists who participate in the matches, as well as the audience and a collective of Bulawayo Journalists whom we have partnered with to get the project going,” said the organiser.

“We have managed to get an excess of 200 packets of sanitary pads so far and hope to get some more in the third match.”

Moyo added that they also have other teams showing interest and will unveil them as the matches’ progress.

Meanwhile, the Youth for Innovation Trust (YIT) has partnered with the comedy club to provide an inspiring platform, # HERWednesday, to promote local female artists.

YIT managing director, Thando Gwinji, told CITE in an interview that female artists in Bulawayo are not recognised as they lack platforms that advertise them enough as artists.

“#HERWednesday is a platform that seeks to impact artist online and offline, you will realise that when you search for the likes of artists such as Calvin, you find them online and their music is known but when it comes to the female artists they are hardly known.

She said the programme will be held online and offline every fortnight on Wednesdays.

“This is a platform for the encouragement of young female artists of Bulawayo, it will be ideal for mentorship and growth. The key is holding each other’s hands as we manoeuvre real-life experiences of young Bulawayo artists.

“We also hope people will share knowledge, expertise and experiences with young and emerging artists for the purposes of inspiring collective action to improve the Bulawayo arts industry,” said Gwinji.

“Each programme will be for 30minutes to an hour to engage with young female artists online and offline.

In addition, founder of Umahlekisa comedy club, Ntando Van Moyo said their hope is to see the platform growing and nurture female artists to be at par with their male counterparts.

“What motivated us to think of such a platform is a need to create creative and safe spaces for female artists that would nature them to make their art sustainable.

“We hope the platform will nature and grow these female artists and put them at par with their male counterparts so they compete in an even platform,” said Moyo. 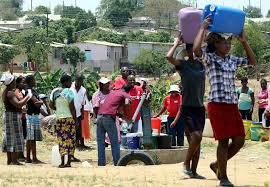