When Joel Mudimba’s family left Siansali, Binga in 2017, they had dreams for better fortunes in Bulawayo.

Life in the village had become harder, the crops were failing, and there was increased competition for fishing which meant that the family needs could no longer be met.

Joel’s father got a job as a gardener in Bulawayo and soon he got a job for his wife as a maid. With time they managed to rent a room in Mzilikazi suburb, and their children, including Joel and his siblings, could visit during the holidays.

As fate would have it, the Covid-19 pandemic came, and Joel’s parents both lost their jobs

The family then moved to Ngozi mine squatter camp as they could no longer afford rentals.

Joel’s older sister, Esther (16) managed to keep her job, but could not accommodate her family at her employer’s home in Northend suburb.

At the informal settlement, the family learnt a new trade, making money from all sorts of ‘valuable’ items they could salvage from the debris.

Joel, 9, had to join his parents and he specialized in getting scrap metal and plastics, which he would sell at the Kelvin industrial area to people who had foundry industries.

Scavenging through heaps of rubbish and getting pieces of heavy metal, and playing with a soccer ball made of waste plastics in between the shifts of perusing through the rubbish for the valuable metal, Joel, with a cheerful grin and a sparkle in his eyes shares how he struck gold a fortnight before when he came across heavy metal from a machine he could not describe and earned $32 for his family.

His parents got enough groceries, and a portion of meat too, he said. He even managed to get himself some jeans from second-hand bales of clothing in Richmond suburb, not too far from his home.

“I was so happy that I helped my parents a lot, we had enough food for more than a week. Mother bought mealie-meal and cooking oil, some beans, washing powder and that evening we actually had some beef. The work is hard, but if you are patient, you can get some good metal which sells at good prices,” says Joel as he continues with his day’s work.

He joined many other young boys from his new community, who worked together with their parents in making a living out of waste material. On a good day, they can make up to 120 rand, or $8 from their scavenging.

Joel and his colleagues are not alone. They are part of thousands of Zimbabwean children who have been forced into child labour due to deteriorating economic conditions caused by climate change and other contributing factors in the country.

“I hope that things will get better and my children all go back to school soon. My son is very intelligent, his teacher always said so, but we all had to work together in order to get something to eat, especially when the virus came (Covid19). The police were not very strict with children during the lockdown, so Joel and other boys could move around without consequences,” said Loretta Mudimba, Joel’s mother.

UNICEF defines child labour as work that deprives children of their childhood, their potential and their dignity, and that is harmful to physical and mental development.

Speaking at a media briefing on reporting on Children, Bulilima social welfare officer and probation officer, Sicelo Nyathi said many children were subjected to child labour yet the community had normalized it.

“You will find that many people hire children as young as 15 or 16 to work for them as maids or childminders. That person is still a child and belongs in school. Sometimes relatives take them from the villages and bring them to the city promising them a better life and taking them to school, yet they never fulfill those promises. People think child labour is only working at farms or mines, but so many people are guilty of the child labour scourge in our country, it must stop,” he said.

Child labour in Zimbabwe can be found on large-scale farms, in the peasant sector, in domestic employment, in the small-scale industries of the informal sector, in contract work in some industries, and in ‘street’ jobs.

The real extent of child labour in each of these sectors is unknown, and the conditions under which children work have not been documented in any detail. The reasons for the presence of child labour, and the conditions under which they work, are at odds with the rights of children outlined in the Draft UN Convention on the Rights of the Child and will persist while society and the economy continue to generate extremes of poverty and wealth.

Chief Siansali of Binga said many people in his communities moved to cities such as Victoria Falls and Bulawayo in search of better fortunes, with many children leaving school to get work as domestic labourers.

“It is a sad situation but it happens because of the situations that families sometimes find themselves in. everyone wishes well for their children and will want to see them excel, but sometimes, it is a matter of ensuring survival and looking for the next meals, options become limited,” said the chief.

The first United Nations (UN) Convention on the rights of the child was adopted in 1919, over 70 years ago. It fixed a minimum age of 14 for admission into employment in industry. This UN limit has since been revised upwards to 18 years, but in Zimbabwe today, as in many underdeveloped countries, there are still many children below the 1919 limit of 14 years in formal and informal employment Children work in tiring, hazardous jobs for little or no pay, and their participation in the workforce is not formally recognised, either in planning or in law.

Government is a signatory to international Conventions 138 and 182 promulgated under the International Labour Organisation (ILO) to address the minimum age for a person to be employed and worse forms of child labour respectively.

Deputy Director for International Relations in the Ministry of Public Service Tariro Jongwe, while addressing the National Employment Council Symposium in Victoria Falls recently, highlighted that the tobacco sector is targeted by Government and international partners due to the prevalence of child labour.

“Multiple studies show that child labour exists in Zimbabwe mainly in the agricultural tobacco sector and a memorandum of understanding has been signed with an organisation called Elimination of Child Labour in Tobacco Farming. The other initiative that, as Government, we intend to do, is to come up with what we call a National Standing Committee on child labour and this should be in place by end of October. This will comprise all stakeholders including Government, non-governmental organisations, civil society organisations, National Employment Councils and others involved in child protection. The intention is to develop a National Action Plan on child labour,” said Jongwe.

Jongwe added that all the National Employment Councils in the country were requested to develop lists of hazardous work where children are not supposed to work.

However, only 23 out of 46 NECs have complied and developed a list of hazardous work where children are not supposed to work in their sectors, Ms Jongwe said.

Some view child labour today as a natural extension of what children have always done in Zimbabwean society. In the pre-colonial period, children from peasant households were involved in family production and domestic work from an early age. Traditionally, children looked after cattle, foraged for food, looked after younger children and worked in family fields.

This past practice has often been used to justify the continued existence of child labour. The fact that children were socialized towards playing a productive role in society has been used to make the role of children as workers more acceptable.

However, this view is divorced from the fact that children’s involvement at such ventures would be limited and only at formal level, where in actual fact adults would be responsible for the family’s economic standing.

Some children are forced to take care of elderly grandparents in poor health as well as younger children.

The ILO highlights that child labour is work that is mentally, physically, socially or morally dangerous and harmful to children; and/or interferes with their schooling by depriving them of the opportunity to attend school; obliging them to leave school prematurely; or requiring them to attempt to combine school attendance with excessively long and heavy work.

Whether or not particular forms of work can be called child labour depends on the child’s age, the type and hours of work performed, the conditions under which it is performed and the objectives pursued by individual countries.

The distinction mainly lies in the exploitative nature of child labour whereas child work is part of the socialisation of young people preparing them to be productive future citizens of society.

Child labour surveys carried out by the Ministry of Public Service, Labour and Social Welfare in conjunction with ZimStat, showed that child labour was prevalent on some tobacco farms where children younger than 18 years are reportedly engaged in exploitative work where they also earn meagre wages.

While child labour often stems from poverty in communities, the ILO posits that the abolition of child labour in developing economies could generate economic benefits much greater than the costs, which are mostly associated with an investment in better schooling and social services. 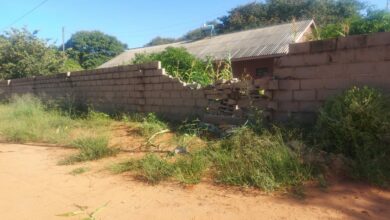