Zimbabwe’s clergy is on a fresh drive to bring political parties to the negotiating table aimed at coming up with lasting solutions to the country’s worsening economic challenges, CITE has learnt.

The next round of Indaba has been slated for July 13 at a venue to be disclosed.

“On the 13th of July 2020, Bishops will be meeting leaders political parties for a shared reflection on the current situation and explore possible shared solutions,” a Zimbabwe Council of Church (ZCC) official said.

According to the official, there has been buy-in from some political parties.

However, the source said there was not at liberty to disclose more about the upcoming Indaba at this stage.

“Some principals have already confirmed participation. This will be a closed-door meeting although a public communique will be shared with the media.

“Bilateral pre-meetings are currently underway in preparation for the consulIndaba,” said the official.

This formed part of the resolutions of a National Convergence Platform (NCP) virtual summit held on May 25 that brought together over 50 participants bringing together the clergy, associations and unions representing people from different backgrounds including informal traders from across the country.

The NCP, an initiative of the Zimbabwe Council of Churches (ZCC) seeks to bring together all political parties, civic society groups and Zimbabweans from all sectors to input into a national vision that seeks to among others get the country out of its political and socio-economic crisis.

This comes in the wake of planned 31 July protests called by Transform Zimbabwe leader Jacob Ngarivhume to remove President Emmerson Mnangagwa from power.

Other opposition parties notable the Nelson Chamisa led MDC has endorsed the protests.

In June, Ngarivhume announced the mass action plan on social media, where the hashtags #July31 and #ZanuPFMustGo have been trending.

He said the call was “not a political project”.

Zimbabweans are grappling with an economic crisis not seen in over a decade.

Doctors and nurses are on strike, and other civil service unions have threatened strikes unless the government pays them United States dollar salaries.

In December, the South African President Cyril Ramaphosa met the World Council of Churches (WCC) general secretary Olav FykseTveit and Zimbabwe Council of Churches Secretary-General Dr Kenneth Mtata where he pledged to his government support to a churches’ initiative towards finding a lasting solution to Zimbabwe’s problems.

On the political front, the opposition MDC is questioning the legitimacy of President Emmerson Mnangagwa and insists on dialogue to also deal with the legitimacy issue.

Mnangagwa has said he is open to dialogue with MDC leader Nelson Chamisa but under Political Parties Dialogue (Polad) meetings with some opposition parties that participated in the 2018 presidential elections. 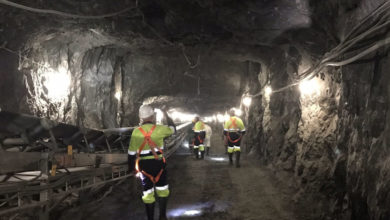