Church bodies in the country have come together to form the Churches Convergence on Peace (CCOP) to revolutionise the process of peacemaking in the country.

This CCOP initiative is a response to the periodic violence that has gripped the country in the recent past.

CCOP is a consortium comprising of Zimbabwe Christian Alliance (ZCA), Zimbabwe Council of Churches (ZCC) and Zimbabwe Divine Destiny (ZDD) as a means to contribute to a violence-free environment for sustainable peace in Zimbabwe.

Speaking at the official launch of the CCOP Thursday, Chairperson of the National Peace and Reconciliation Commission (NPRC), Retired Judge Justice Sello Nare, emphasised that Christians had a duty to champion peace in the conflict-ridden country.

He said Christians should be at the forefront of promoting peace and not partake in conflict.

“In Rwanda, Christians killed other Christians even calling them “cockroaches” during the genocide and that is not what we want. We need Christians to protect their brothers and sisters,” said Rtd Justice Nare.

The NPRC chairperson highlighted the CCOP initiative was a good gesture and said for the past seven months, the NPRC had partnered with the church in initiatives such as the peace pledge signing ceremonies.

“These past few weeks, people have been talking about ‘dialogue.’ Without dialogue, the country can’t progress, even at home when a man and his wife stop communicating, dialogue is needed: Dialogue has been a critical part of the process to allow for progress. We believe the dialogue is a grass root driven process that is now facilitated by national transformation towards a destiny to sustain peace in the country,” he explained.

Reverend Useni Sibanda from ZCA said the initiative is meant to come up with strategies on how churches can promote peace in the country.

“Communities even have peace committees working with traditional leaders to achieve peaceful resolution mechanisms to resolve conflict in their respective areas.”

The launch of the CCOP was followed by a consultation meeting for participants to share their views and thoughts on the national dialogue.

ZUPCO orders operators to buy their own fuel 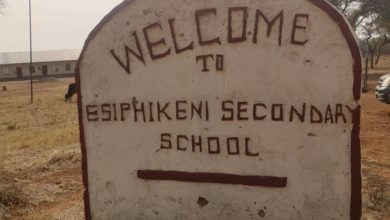