The traditional leader said there is a need for a proper reporting structure that involves them so they assist in cases where humans fall victim to wild animals.

“The police are okay as they are employed by the government, but these are people deployed in our areas. Even the parks representatives are officials deployed to our area, but we are saying there should be traditional leaders involved.”

He said there is a need for a coordinated approach in finding ways to deal with the growing problem.

“As it is there is a child who was killed by a crocodile in Nathisa, if police solve those issues alone without involving us as the traditional leader who is staying with people in these communities it becomes unfair because we as Chiefs we make follow-ups far much better in the family.”

Chief Nyangazonke added that they can also be able to raise these issues in other forums which they attend as traditional leaders.

“This year we received heavy rains, animals can inhabit different streams, but we don’t know whether these animals were captured and taken to the parks or we have created an environment for them. We have children who will play in such streams who can be exposed to such danger, so we want to be involved in these meetings so that we can highlight such issues but when they do it alone there is no information sharing,” he said.

“At the moment there is no coexistence between National Parks authorities and traditional leaders, if those authorities are deployed in other areas as communities, we then remain with the same problems because there is no information sharing. As traditional leaders, we also have a role to advise communities on issues such as poaching, wildlife management so we need that information.”

Meanwhile, Chief Nyangazonke also called for the employment of locals at local national parks instead of importing labour. 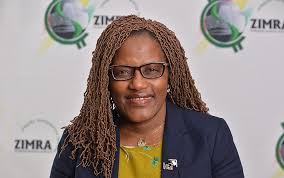