The Citizens Coalition for Change (CCC) party has its work cut out for them ahead of the Insiza Ward 4 by-election after its rival Zanu PF is said to have gained the backing of the recently appointed Chief Dambisamahubo Maduna Mafu of Filabusi.

Besides challenging the influence of the ruling party in Ward 4, CCC has raised concern over Chief Maduna declaring support to Zanu PF, which posed a threat as communities frequently followed the advice of their traditional leaders.

“The challenge we foresee is the newly appointed Chief Dambisamahubo Maduna (son to late Chief Vezi Maduna) seems to have declared loyalty to Zanu PF. Generally, people from oGodlwayo, respect their chiefs and my fear is we might have people voting for Zanu PF out of respect for Chief Maduna,” alleged the Chief Election Agent for CCC’s Ward 4 candidate, Ntando Ndlela, in a Twitter space held recently hosted by the party’s members based in the Diaspora.

Reached for comment, Chief Maduna denied that he encouraged villagers to support Zanu PF saying he only advised them to work with the current government on developmental projects.

However, Ndlela said CCC would engage Chief Maduna “to try to dissuade him from actively participating in Zanu PF politics.”

“The late Chief Vezi Maduna was not in favour of Zanu PF but Dambisamahubo came out openly soon after the death of Maphosa at a meeting in Dwaleni where he encouraged people to vote for Zanu PF. If village heads and traditional leaders join the chief in supporting Zanu PF, people may be swayed.”

Meanwhile, Ndlela stated CCC would concentrate on door-to-door canvassing, the same tactic the party used in Bulilima, where it won two out of three wards.

“Thokozani Khupe has been deployed in Insiza and our campaign is led by (Bulawayo MP), Jasmine Toffa who is cluster leader of Insiza,” he said.

“Our needs remain unchanged. We need pamphlets, fliers, posters, t-shirts, fuel and food for both campaign teams plus polling agents, which are resources that can help us conquer the by-elections.”

The opposition MDC won the seat twice in 2002 and 2008, so Ndlela claimed CCC might win if the party put in a lot of effort.

“Councillor Madevu won the seat under MDC Green (then led by Professor Welshman Ncube). We can easily win if we put in the work,” said the chief election officer.

“But I’ve seen that Zanu PF will also try by all means to win the ward, as they are frustrated by the Bulilima results. They want to retain the ward and they are doing everything in their power.”

Ndlela remarked that Zanu PF held a well-resourced campaign launch at Mletsha Business Centre where he counted about 30 vehicles.

“It seems they are determined to win their ward so we have our work cut out for us. We must work and stay there on the ground, so we are more visible,” he said.

Ndlela claims that Insiza Ward 4 is one of the largest wards in the district in terms of surface area.

“We need resources and vehicles to reach all parts of the ward,” he said.

“With roughly 532 voters, Mletsha is the largest polling location in terms of population, followed by Lubuze Secondary, Dwaleni, and Vumangwe,” Ndlela said, noting the Zimbabwe Electoral Commission had met with both contesting parties at Filabusi Centre.

According to Ndlela, the CCC candidate is a former mine equipment operator but now a well-respected community leader.

“Gumede retired recently but has always been an activist and change-maker, even while serving in the MDC,” he said.

“Before the by-election, two months ago, Gumede heavily supported the building of a hall in Bhode.”

Gumede is also a polygamist who succeeded in bringing his families together, Ndlela added.

“Gumede has two wives who live in the same homestead. They get along well and attend party meetings together, which is unique,” Ndlela said.

Bubi mine defends working conditions, gags workers from speaking to the media 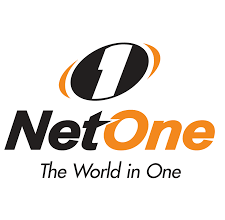