SOME Zimbabweans have described their experience at the Beitbridge border post this festive season as hell after the Covid-19 pandemic led to long delays.

A new requirement for travellers to produce valid Covid-19 clearance certificates to enter South Africa and a curfew imposed by Zimbabwe on January 5 created a log jam at the Southern African Development  Community’s busiest point of entry.

In the run-up to the festive season, travellers spent an average of 36 hours on the South African side waiting to cross to the Zimbabwean side.

At least 15 people are said to have died while  waiting to cross the border.

The curfew between Zimbabwe and South  Africa  is not synchronised, created bottlenecks that saw some travellers spending  at four days waiting to be cleared on the Zimbabwean  side on their way back.

Solomon Donhedzai from Chivi said  he rushed to Beitbridge on Sunday  after Zimbabwe  announced that it was closing its land  borders to slow down the spread of Covid-19.

“We had to dash to Beitbridge after the lockdown  was announced so that we can cross the border, but we  have been stuck here for four days,”  Donhedzai said.

“We have sick people in the queue and some of them are passing out, its been tough.”

He said he runs a construction company in Durban  and had wanted to use the festive season to build a house for their father in their village.

Donhedzai said his experience at the border made him believe that the authorities did not care.

“We wonder why our government is not talking to their South African counterparts to clear the confusion,” he said.

“I am even  scared to come back here this year.”

Donhedzai lamented that he had spent a lot of unbudgeted money on food and even paying for ablution facilities at the border.

Jackie Nyoni from Plumtree, who had spent three days at the border, said she was worried about her two children that  she  left in South Africa.

“I left my children aged one and two in Johannesburg and l am also worried about  my job,” Nyoni said.

“The way (border) officials are treating us is as if they do not want us to come back home.

“The reason we are going to South Africa is because our economy is in a mess and we are appealing to the president to fix the economy so that we can return home.”

The stranded travellers had no access to ablution facilities and some had to resort to relieving themselves in nearby bushes.

Some enterprising vendors set up shacks close by to offer bathroom facilties where they were charging 15 rand per individual.

“There is a danger of a serious cholera outbreak as people are relieving themselves in the open spaces and there is a pungent smell here,” said a man, who travelled from Tsholotsho and had been stranded for four days.

“l have been paying 15 rand to people with houses nearby every day so that l can use the bathroom,” he added.

Vendors have also been making brisk business selling food  to the stranded villagers.

Winnet Chauke said her daily  income had more than  doubled during the festive season.

“On a good day l normally make a profit of 150 rand selling sadza, but in recent days l have been making 500 rand  because of the large number of people at the border,” Chauke said.

Besides the fear of losing  jobs in South Africa and overstretching their budgets, most travellers  were afraid  that their Covid-19 clearance certificates will have expired  by the time they were cleared.

Covid-19 certificates cleared by Zimbabwean institutions are only valid for 48 hours.

“My Covid-19 clearance certificate is expiring in the next hour and l don’t know what will happen to me when l get to the South African side,” said a motorist in the snaking queue.

“We are also exposed to the coronavirus because there are too many people in this area as you can see.”

Phophi Ramathuba, an official from the Limpopo government in South Africa, said 100 people coming from Zimbabwe had tested positive for Covid-19 at the border on January 7.

“With thousands of people stuck at the port for days while waiting for entry into the country to be processed, the (Health) department is worried that the events at the border are becoming a super spreader,” Ramathuba said.

“Considering the incubation period of the virus, we wish to implore those who will be crossing from Beitbridge to do the right thing and self-quarantine because they have been exposed to a potential superspreader.”

“Beitbridge has become a tragic humanitarian situation that is imploding,” Biti said.

“Thousands of Zimbabweans are stranded and many have run out of means of basic sustenance.

“The Mnangagwa regime has no capacity, desire or care to address the urgent situation.”

Government spokesperson Nick Mangwana, however, on Friday claimed the situation was back to normal at the border.

“This is a development that will also make enforcement of the Covid-19 lockdown regulations more effective.”

According to the International Organisation for Migration, 41 812 people entered Zimbabwe from South Africa through Beitbridge.

During peak periods, Beitbridge border authorities process about 25 000 people a day but in December 2020, fewer than 6000 travellers were being cleared. 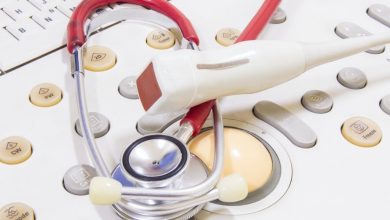 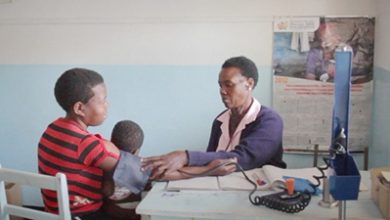