The Citizens Coalition for Change (CCC) has called on the National Peace and Reconciliation Commission (NPRC) to actively put in place mechanisms to thwart potential political violence ahead of the 2023 national elections.

CCC claimed that NPRC’s failure to probe political violence cases targeting the opposition signalled the commission was captured and not independent.

Part of the NPRC’s mandate as outlined in Zimbabwe’s constitution, Chapter 12, Part 6, Sections 251 to 253 include developing and implementing programmes to promote unity, to facilitate dialogue among political parties to prevent conflicts and disputes arising, to receive and consider complaints from the public while taking such action in regard to the complaints as it considers appropriate and do anything incidental to the prevention of conflict, including the promotion of peace among other functions.

However, the opposition CCC argues with less than a year to the 2023 elections, the political climate is increasingly volatile and cited the three recent assassination attempts made on party leader Nelson Chamisa as examples.

Chamisa has reportedly faced three attempts on his life in Wedza, Gokwe Kabuyuni and the last incident on Chinhoyi where a silver sedan vehicle threw explosives at his convoy, while on the previous night petrol bombs were thrown into Gadzema Grounds where he was to address a rally over the weekend.

In an interview with CITE, interim CCC Bulawayo Provincial Spokesperson, Swithern Chirowodza, predicted more violence, saying it would become dangerous to hold public events, which is why the NPRC must play an active role in fostering peace.

“Besides the assassination attempts on Chamisa, we also had incidents of intimidation that were brought to light by our candidates and those from other parties before the Bulilima by-election. Again, the suspects walked away scot-free as authorities did not act nor investigate what was going on,” he said.

Chirowodza noted there was a need to shield communities from harm, a role that the NPRC must conduct as per its constitutional mandate.

“The NPRC should be independent of (President Emmerson) Mnangagwa and Zanu PF and investigate these wanton acts of violence by what seems like state-sponsored actors. It should not pander to Mnangagwa’s whims,” said the provincial spokesperson.

“You will remember that death threats were made against Chamisa and CCC by Zanu PF leaders including Abton Mashanyanyika whose incitement to violence was caught on camera but no arrests have taken place. That there can be healthy and peaceful competition between political leaders and people they led is anathema to Mnangagwa. The Chinhoyi incident is a Mnangagwa normal.”

Chirowodza said precautions against political violence had to be taken and emphasised that an independent NPRC would make sure to implement programmes against violence.

“The NPRC should be independent of Mnangagwa and Zanu PF. It should not pander to the state but insist that there should be no political violence. Our case study is the Gukurahundi case where almost all resolutions are made in the interest of Mnangagwa who was at the centre of Gukurahundi,” he summed. 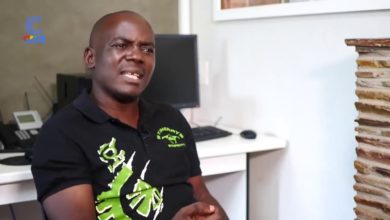