A carjacker from Chivhu has been slapped with a thirty-year jail term after he was convicted of stealing three vehicles in Bulawayo and Kadoma.

Musa Denge (43) was convicted on his own plea of guilty to three counts of carjacking and robbery by Bulawayo Regional Magistrate Mafios Moyo.

Denge was arrested at his Chivhu home on Saturday where one police officer was shot by another while apprehending him.

Magistrate Moyo sentenced Denge to 10 years for each count.

State representative Simbarashe Manyiwa narrated to the court that Denge targeted people who wanted to sell their cars.

Manyiwa said Denge would feign interest in buying the cars and while on a test drive he would lead the car seller to a bushy area, force them out of the vehicle and speed off with the vehicle.

The court heard that sometime in February 2019 one Nqobizitha Mpofu, from Bulawayo, advertised his Mercedes Benz C200 for sale by inscribing his phone numbers on it.

“On April 29, Denge responded to the advert purporting to be a miner from Inyathi and the two agreed to meet in city centre. They met in town and after viewing the car, Denge requested to test drive it. Mpofu drove the car along Harare Road and turned left on a dirt road,” said Manyiwa.

“When they reached Khumalo Aerodrome, they exchanged positions so that Denge could test drive the car. Denge opened the bonnet and requested that Mpofu gets out of the car to close it. While Mpofu was outside, Denge tried to drive off but he clung to the passenger door.”

Manyiwa said the two wrestled for the steering wheel while Denge was still accelerating and swerving trying to throw away the complainant.

“Denge gave up and stopped the vehicle before grabbing the car keys from the ignition and bolted out of the car into the bush as if he was calling for help.”

On the second count, the State explained that in July 2019, that the complainant who is not identified, advertised her Honda Fit for sale on Facebook.

“On August 2, Denge purported to be a prospective client from Inyathi and requested to view the car. On August 5, the two met in the city centre before proceeding to Nketa where the car was being kept,” said Manyiwa.

“After examining the motor vehicle, he requested to test drive it. He refuelled the car with 9 litres of petrol. He assumed control of the vehicle and requested to have his mechanics operating from Thorngrove inspect it.

“They drove to an area in the suburb where his mechanic purportedly operated from got inside under the guise of looking for the mechanic. When he returned, he indicated that his mechanic had gone to the United College of Education where he was attending to a breakdown and they must proceed there.”

Manyiwa said Denge drove the car near UCE and stopped the car then he grabbed the complainant by hands demanding her phone.

He took a Huawei P8 phone and ordered her out of the car.

The court heard that upon his arrest he led detectives to the recovery of the car from Philip Bonda in Mhondoro who had purchased it.

“Using the same modus operandi, he robbed Sacher Thomas of her Toyota Honda Fit which he had advertised for sale last month. Thomas’ car was recovered in Chivhu where Denge had left it for safe keeping,” said Manyiwa. 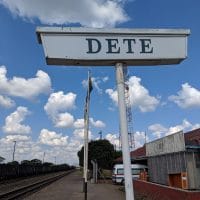 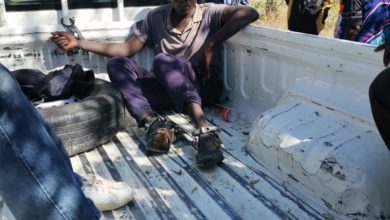