Cancer patients are struggling to pay for treatment, as government health institutions do not have all the necessary medication and supplements, forcing them to turn to private health facilities whose services are out of their financial reach.

Furthermore, patients from Bulawayo and outside the city who rely on Mpilo Central Hospital for treatment are unable to access radiotherapy treatment as the machines are down while most supportive pills are reportedly out of stock.

Oncologist at Mpilo Hospital, Dr Tatenda Chingozoh confirmed that the situation concerning cancer treatment was ‘very bad’ at the hospital.

“The situation is dire, those patients who come here and need radiotherapy learn that we don’t have treatment while those who can afford the private sector can go to Harare but it is unaffordable for almost 99 percent of patients,” she said.

Since the cost of cancer treatment is expensive for most patients, Mpilo Hospital claims the Social Welfare Department does assist those who are disadvantaged.

“The Social Welfare is still in use here at Mpilo. Patients who can pay for services do pay but for those who can’t pay there’s social welfare where they go to collect a letter to say they are unable to pay for services and they are treated for free,” said Dr Chingozoh.

She added that drug supply at the government hospital was sporadic while private pharmacies charged foreign currency.

“This is more off than on.  Currently, on stock, we have two chemotherapy drugs – Doxorubicin and Carboplatin in the pharmacy. The majority of the supportive medicines are not available to boost the immune system, the anti-vomit and the pain medication. These are not available in the pharmacy so the patients basically cater for their treatment out of pocket as they buy medicines in pharmacies in town, which are currently selling drugs in US dollars,” she said.

Some of the drugs used in cancer treatment range between US$100 and US$200.

According to the oncologist, Mpilo Hospital served 769 cancer patients, in the first quarter of 2019.

“This just shows the burden of cancer is very high. We cater for patients from the southern half of the city, from Kwekwe, Victoria Falls, Hwange going all way up to Masvingo,” said Dr Chingozoh.

In the meantime, the two radiotherapy machines at Mpilo are not working but the oncologist said patients can access certain treatments such as the X-rays, Ultrasound Scan and some drugs.

“The problem is the majority of the drugs are not available. We supply pills, even to those patients who on social welfare, to a certain point but still people have to go and pay the US100, US$200 at private facilities for the medicine and then they can bring the medicine for us to treat them. Then we treat the patients on social welfare for free,” noted Dr Chingozoh.

However, she noted that those patients who were out of town and referred to Mpilo Hospital were provided accommodation and food by the hospital.

“We house patients at the Brachytherapy Unit, which is maintained by the Cancer Association of Bulawayo. Patients who come here are given a bed, blankets and food from the hospital,” she said.

The radiotherapy unit in Mpilo is managed by two oncologists (the only two in the whole city), 16 radiographers, three physicists, five oncology nurses and three general registered nurses.

“We have a CT scanner working dedicated to the oncology department then the Brachytherapy Unit is to put radiotherapy directly on the (cancer) tumour. We commonly use the kit for cervical cancer, which is the commonest cancer in the department and across the hospital,” Dr Chingozoh said.

Meanwhile, patients on kidney dialysis treatment at Mpilo raised complaints that there was no proper administration of donated supplies at the department, as people waited the whole day only to be served later or even sent away without receiving the stock by hospital staff.

In response, Mpilo Clinical director, Dr Solwayo Ngwenya said since dialysis treatment was now for free, the department was overloaded and asked patients to sit patiently while waiting for their turn to be served.

“Everything we have for dialysis is donated, some supplies are from the government since it made the service free. Before the cost of service was $150 but now dialysis is free. We only have 12 dialysis machines which service more than 70 people and the figure is growing because it’s now free. The government budgeted to have three or four sessions a week for free, however, there may be one or two things that may not be available and patients maybe be asked to go to town and buy these,” he explained. 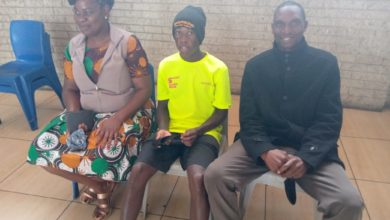