A Bulawayo woman is appealing for financial assistance worth ZWL$884 000 for her 15 year old son who has just undergone surgery for hydrocephalus, a condition where excess fluid builds up within the brain.

Samkeliso Mhlanga of Pumula South said her son, Lothando Dube, was diagnosed with hydrocephalus when he was just five months old.

“When Lothando was eight months old, doctors placed his first shunt. (A shunt is the most common treatment for hydrocephalus. It is a flexible tube called a catheter placed into the area of the brain where cerebrospinal fluid is produced. The shunt drains excess cerebrospinal fluid from the brain to another part of the body, where it can be more easily absorbed.)

When a shunt stops working, the child can have another build-up of fluid in the brain and another surgery is needed to fix it.

Mhlanga said in 2014, the shunt blocked again and another was inserted but it recently developed defects again in early December 2021.

“My son started vomiting and sleeping non-stop. He would sleep in the morning and not wake up. He would only wake up briefly then sleep all day long. He would not eat, but vomit and have headaches,” she said.

“We took him to the doctor and they confirmed the shunt was no longer working, whereas water was accumulating in his brain. The doctors had to remove the shunt again. Currently Lothando is at Mater Dei Hospital, where he was admitted on December 29 last year.”

Lothando was due for surgery this Wednesday on January 5 and his mother confirmed he was in theatre, waiting for the anaesthetic to kick in.

“The operation is to remove the shunt and insert another one. The surgery will cost ZWL$884 000 and we can’t afford that money. It is just too much for us, we are appealing to well-wishers to assist us, wherever they can with whatever they can to meet these costs. The hospital said they will do the procedure and then we work out a payment plan to pay,” Mhlanga said.

“The money for surgery is just too much and we are appealing to the public to help us meet these costs. I can be reached on 0771 372708. We are at 20204 Pumula South. I am not employed and his father works at Davies Granite.”

Mhlanga highlighted that Lothando stopped going to school in 2017, as he had multiple disabilities and he is also autistic that hindered his learning.

“He doesn’t go to school anymore but used to be King George VI but due multiple disabilities and also has autism he can’t be taught,” decried the mother. 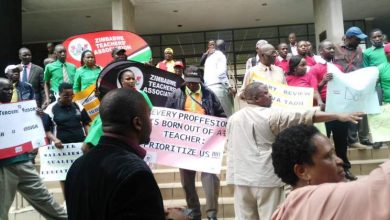 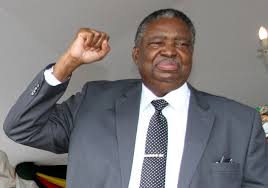