Lower Ncema is the third dam to be decommissioned after Mzingwane and Upper Ncema dams, leaving the city’s dam levels at 29.98%.

In a statement, Town Clerk Christopher Dube noted that since the decommissioning of Umzingwane and Upper Ncema dams, the city has been unable to meet its daily demands which demands 155 megalitres a day.

“The city of Bulawayo would like to inform its residents and stakeholders that that the Lower Ncema dam (6.49%) will be decommissioned on Friday 15 May 2020 due to low water levels. This will bring to three out of the six dams that have been decommissioned, in addition to Mzingwane and Upper Ncema,” said Dube.

He said the daily water consumption for the period ending April 30, 2020 has been averaging 110 megalitres which is the above available raw water of 94 megalitres a day.

“In order to avoid the system from collapsing due to the supply-demand deficit, a more stringent water supply regime of 144-hour will be introduced,” said Dube.

“The maximum available raw water supply is currently at 94 megalitres a day. The decommissioning of the Lower Ncema dam will reduce this amount to only 60-65 megalitres of raw water available for the city from three supply dams and Nyamandlovu aquifer.”

The local authority in January petitioned the central government to declare the country’s second-largest city a water shortage area so that alternative measures can be employed to source funds.

In response, the government availed ZWL$10.6 million to the Zimbabwe National Water Authority (ZINWA) to repair boreholes at the Nyamandlovu Aquifer. 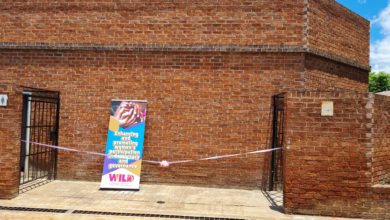